Which CEOs on Equilar and the Associated Press’ list of highest-paid CEOs can ascribe at least some of their success to advanced business education?

There’s little harm in wanting to make a little more money. Indeed, you’d be hard pressed to find a prospective MBA candidate who isn’t thinking – at least a tiny bit – about their MBA salary, be it the relatively modest sum needed to raise a family in comfort or a multi-figure, glorious paycheck that won’t even fit through the letterbox.

We are by no means encouraging you to focus on this above all else (that’s not how we roll) but when we saw Equilar and The Associated Press’ list of the highest-paid CEOs, we of course thought – how many of these business aristocrats have MBAs? An MBA is neither a prerequisite to, nor a guarantee of, the riches of Croesus, but, of course, there’s certainly some correlation between generously remunerated success and advanced business education. One can vouchsafe there’s some causation here too.

Which CEOs command the highest MBA salaries? Read on to find out. These MBA salary figures encompass equity as well as cash, and are in US dollars. 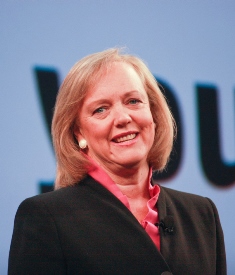 Meg Whitman has quite the résumé, having served as an executive at Walt Disney, DreamWorks, Proctor & Gamble and Hasbro, and as CEO of a small e-commerce operation you might have heard of called eBay, which she headed between 1998 and 2008 (its annual revenue increased 2000-fold over this period). You’d be pretty happy with that, right? Not Whitman, who stood as the Republican candidate in the Californian gubernatorial election in 2010, losing out to incumbent Jerry Brown. 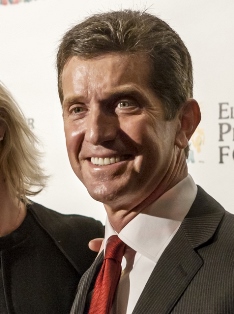 The Wharton School, the University of Pennsylvania

A former military man, in 1988 Alex Gorsky started his career as a sales representative with Johnson & Johnson subsidiary, Janssen Pharmaceutica, working his way up to president in 2003. After a short stint away at Novartis, he returned to Johnson & Johnson, where he became chairman of the board and CEO in 2012. He graduated from Wharton in 1996.

Dave (as he likes to be called) Lesar has been at the helm of oil field services multinational, Halliburton, since the year 2000. He began his career as an accountant, working for Arthur Anderson before joining Halliburton in 1995. Lesar is a somewhat controversial figure (you can’t say that about many accountants), being accused of profiting greatly from the US-led war in Iraq. He earned both a bachelor’s degree and an MBA at his hometown university, the University of Wisconsin-Madison.

James M Cracchiolo has served as the CEO of Ameriprise Financial since it span off from American Express in 2005 (it is the successor to American Express Financial Advisors, so it can technically trace its roots back to 1894). Its successful transition to independence – Ameriprise Financial is the largest financial planning company in the US – may well rank as the NYU Stern graduate’s crowning achievement in a distinguished 35-year career in financial services. 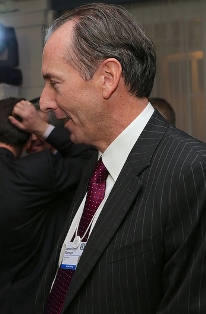 James P Gorman moved to the US from his native Australia to study an MBA at Columbia Business School, at which he is now a trustee. Things worked out quite well for him – to which his MBA salary attests. He joined Morgan Stanley as president and COO of its Global Wealth Management Group in 2006 following stints at McKinsey and Merrill Lynch, and took over as CEO in 2010, and chairman in 2012. He holds a BA and LLB from the University of Melbourne. 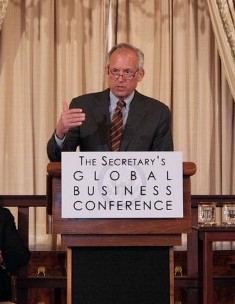 We’re cheating a little bit here, as McNerney has recently stepped down as Boeing CEO (on July 1 2015 to be precise), though he has retained his position as chairman, which he has held since 2005. He’s worked across a few industries, starting out at Procter & Gamble in 1975, before a move to McKinsey. This was followed by an 18-year stint at GE and five years at 3M. Though he no longer has his responsibilities as a CEO to worry about, he will be keeping busy as a member of the board of directors at IBM and Proctor & Gamble, a trustee of Northwestern University and the Center for Strategic and International Studies, and the chairman of the President’s Export Council. 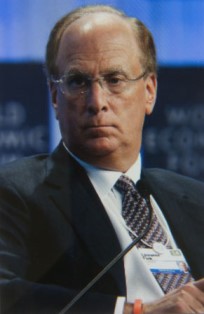 Laurence Fink is the only CEO BlackRock has ever known. That’s because he founded the company himself in 1988, after a mistaken prediction which cost his department at First Boston $100 million taught him the importance of comprehensive risk management. BlackRock has gone from strength to strength since then, going public in 2003 and merging with Merrill Lynch Investment Managers in 2006. In 2008, BlackRock was contracted by the US government to manage the toxic assets of Bear Stearns, AIG, Freddie Mac and Morgan Stanley. So that’s one way to bounce back, eh?

CEO of biopharmaceutical multinational Celgene since 2010, Robert J Hugin is the chairman of the board of the Pharmaceutical Research and Manufacturers of America. Hugin, who graduated from the University of Virginia in 1985, served in the United States Marine Corps before entering the world of business. He now serves on the board of trustees of both the Darden School and Princeton, where he studied at undergraduate level. Celgene specializes in cancer treatments and has annual revenue of $6.5 billion. 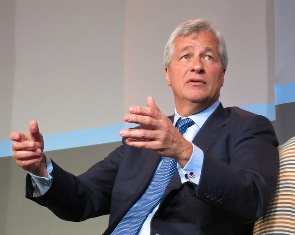 Both James Dimon’s father and his grandfather were stockbrokers, so you could say that banking was in his blood. After starting out at American Express, he followed his mentor, Sandy Weill, to new adventures, which culminated in a merger between Weill’s Travelers Group and Citicorp to form Citigroup – the world’s largest financial services company. The two’s relationship soured, but – as you can see from that MBA salary, not to mention his role – Dimon landed on his feet. He has however, courted controversy for his role in the London Whale scandal, during which he misled investors, hiding the true scale of losses. 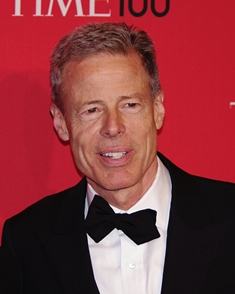 There can’t be too many other philosophy majors on the list of the most highly-paid CEOs. There can’t be too many CEOs who hung out with Captain Beefheart collaborators and horror movie actors at college. But, lo and behold, the number one entrant in our listing of astronomical MBA salaries is Time Warner CEO, Jeffrey Bewkes. Bravo, sir. Starting out as banker, Bewkes – who attempted a career as a documentary maker before his MBA – entered the media sector with HBO, rising through the ranks to become CEO in 1995. He managed to casually triple its profits, giving us the HBO we know and love today, which put him in good stead to become chairman of Time Warner’s entertainment and networks group in 2002, and Time Warner CEO Dick Parson’s right-hand man. So when Parsons stepped down, where better to look for someone to fill his boots!

This article was originally published in May 2016 . It was last updated in June 2019