An MBA in Canada stands behind only one studied in the US and UK in terms of its popularity among international applicants. The country also has a sizeable market for graduates of the qualification – currently the world’s fifth-largest in fact, and employers responding to QS’s latest MBA jobs and salary trends report say they paid an average base salary of just over US$90,000 in 2014/15’s round of graduate hires.

That figure, however, is a general indication of jobseekers’ prospects in the country and not one that is tied specifically to those graduating from an MBA in Canada. For a better indication of your employment prospects on graduation from a Canadian school, the annual reports produced by individual business schools in Canada are a good place to start.

Where do graduates of business schools in Canada work?

If you take an MBA in Canada where might you end up working? A quick glance at the employment reports of the aforementioned business schools in Canada shows that, on the whole, the majority stay on in the North American nation on graduation even though class proportions of international students tend to be substantial. 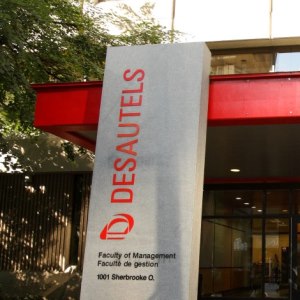 McGill Desautels, for instance, reports that 78% of its latest MBAs are now working in Canada, with half of the class staying on in the school’s Montreal location. The remaining 22% have accepted opportunities overseas, at a school where the MBA class size is typically between 70 and 90 students, 60% of whom are international. At Queen’s the number journeying abroad to begin their post-MBA career is just 6%, with 94% receiving full-time job offers in Canada; the school’s entering class of 83 students is 43% international.

Meanwhile, from the Ivey MBA class of 2015 (comprising 129 students of which 26% are defined as international) the vast majority – 80% - are pursuing opportunities in Ontario, with 70% moving to the Greater Toronto Area (GTA) and 4% staying closer to the school’s London base, in Ontario’s southwestern region. On the other side of the country, UBC Sauder says that a third of its latest MBA graduates have taken jobs outside the school’s home province of British Columbia, from which we might presume that two-thirds are working within this part of the Pacific Northwest. Sauder’s class of 2015 comprises 110 students, of which 69% were born outside of Canada.

MBA salary levels attained by those who study in Canada

By conversion to rates available at the time of writing, these numbers equate to somewhere in the region of US$60-65,000. While this might look significantly lower than the kind of salary levels reported by top schools in the US, a direct comparison by conversion is a little unfair given the differing costs of living associated with the two countries and, indeed, the regions and cities within them. In addition, it has been a tumultuous year for the Canadian dollar against its US counterpart, falling by 19% between May 2015 and January 2016 (when it hit a 13-year low) before mounting a rapid recovery between January and March that is thought to have rested largely on an improved showing from the global energy sector. 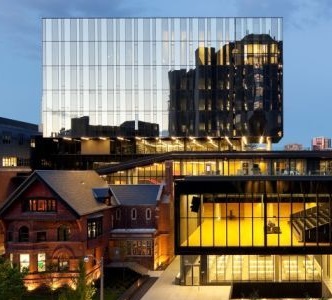 The financial services is the most popular industry destination among the latest MBA cohorts at four out of the five business schools in Canada included in this analysis. The exception here is Sauder, where fewer than one in five MBAs have chosen to enter finance. Everywhere else, the proportion is more than one in three – finance accounts for 37% of the class at both Ivey and the Smith School at Queen’s, 39% at McGill Desautels and as much as 41% at Rotman. As an indication of salaries in the sector, McGill reports a mean MBA salary of C$81,500, while the equivalent figure is $82,723 (c. US$63,000) at Rotman. 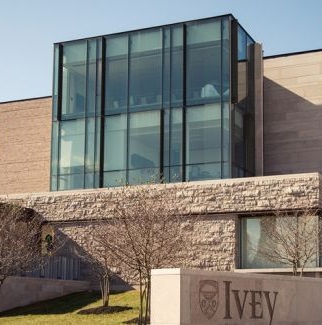 Consulting has proven to be either the second or third-most popular industry for the latest crop of MBAs from Canadian schools. At Ivey, more than a quarter of the class of 2015 joined consulting firms after graduating. A comparable proportion of 24% of Queen’s MBA graduates also entered consultancy, ahead of the 21% seen at Rotman. Sauder and McGill MBAs are a little way behind, with only around one in 10 from their latest cohorts choosing consulting jobs at each. At McGill, just as many MBAs have joined the nonprofit sector and at Sauder, the combined areas of healthcare, biotechnology and pharmaceuticals have proven just as popular.

Consulting’s average MBA salary levels tend to be around C$10,000 higher than those in finance among these Canadian cohorts. The median figure at both Rotman and Ivey is given as C$90,000 (c. US$68,000).

Technology firms are the biggest industry employers of UBC Sauder’s MBA class of 2015. As much as 19% of the class joined tech firms, no doubt aided by the proximity of its base in Vancouver to key employers in the sector, such as Amazon and Microsoft, which have headquarters in Seattle and nearby Redmond, Washington, respectively. 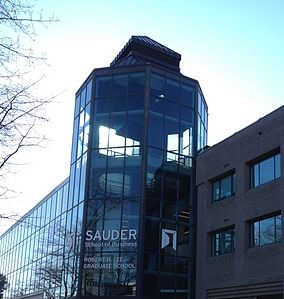 Other industries of interest among business schools in Canada

There are some noteworthy destinations for those graduating with an MBA in Canada outside of what are now generally regarded to be the three primary areas into which new graduates are hired:

McGill: The second-most popular industry destination for the Desautels MBA class of 2015 is consumer products, which accounted for around one in five of the year’s graduates at a mean MBA salary level of C$72,800. The school’s largest average salary, however, is reported for the 7% accepting offers from employers in transportation, at C$90,800. McGill also says that 5% of the class started their own venture – double the North American average found in QS’s 2015 ROI report.

UBC Sauder: Approximately one in 10 members of the class are now working for healthcare, biotech or pharmaceutical companies; the same proportion have chosen careers in consumer products. 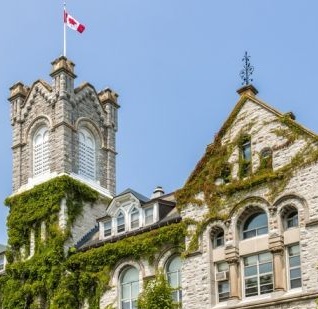 Ivey: The biggest MBA salary levels attained by the latest cohort stem from the 3% who have accepted positions in real estate (at a median of C$120,000), followed by the 6% who have joined wholesale/retail firms for a median salary of C$110,000. According to its employment report, 5 students chose to pursue entrepreneurship immediately upon graduation, a number which would represent 4% of the class total.

Rotman: Consumer goods and retail companies hired 11% of the Toronto school’s latest cohort, at a median salary level of C$79,000. Among the class of 2015’s 350 graduating students, 28 were completing a joint degree, including 24 from its JD/MBA program and two from its pairing of an MBA with a global affairs master’s (MGA/MBA).

This article was originally published in March 2016 . It was last updated in February 2021