This guide will provide you with a brief insight into the top business schools, businesses, careers, and culture that an MBA in Sydney can bring you into contact with.  See our MBA in Australia guide here.

Sydney is Australia’s city that never sleeps, and much like New York or London, tends to attract some of the world’s best talent; whether that means chefs, bands, artists or businesses. The host of the Summer Olympic Games in the year 2000, Sydney is perhaps best known for its picturesque harbor, in which you’ll find one of the most recognizable buildings in the world – the Sydney Opera House – as well as a plethora of clubs, bars and restaurants, and of course, much of the city’s commerce.

The city as a whole is a wonderful melding of contrasting ideas: urban and rural, rugged and refined, fast-paced but laid back – all things that give Sydney its own, unique personality. If you are looking to attend one of the top business schools in Sydney, then it’s worth noting that the city plays host to three of the top business schools in Asia-Pacific in the QS’s 2014/15 regional MBA rankings. Those schools are the Australian Graduate School of Management (AGSM), Sydney Business School and Macquarie Graduate School of Management, which place 9th, 22nd and 24th, respectively. If you are looking for a diversified economy, endless options for extracurricular activities and beautiful weather, especially in the summer months, while pursuing your MBA, Sydney might well be a strong option for you.

Where can one study an MBA in Sydney? Firstly, here are the three schools that feature in QS’s Global 200 listing for 2014/15: 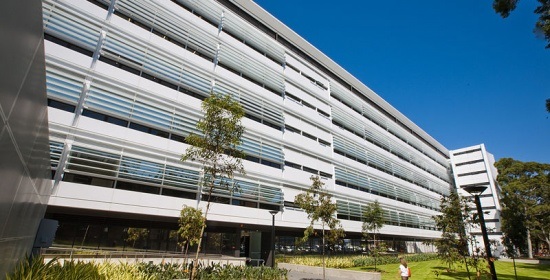 The Australian Graduate School of Management (AGSM) at the University of New South Wales (UNSW) is the management and executive education arm of Sydney’s UNSW Business School. The school’s MBA is rated 2nd among Australia’s top business schools in QS’s latest rankings and sits within the top 10 across Asia-Pacific as a whole.

The full-time AGSM MBA runs across 16 months and is split between two phases in which students tackle the core and elective elements of the program in turn. During the elective phase, there is an option to study abroad by taking courses at one of 30 partner institutions in Europe, North America, Latin America and elsewhere in the Asia-Pacific region.

AGSM also runs a part-time MBA option from a campus in Hong Kong and offers an online MBA program (known as the MBAX) through which students can specialize in the areas of technology, social impact or change.

Founded in 1997, Sydney Business School at the University of Wollongong (UOW) has quickly become one of the top MBA programs in Australia (placing 7th for its full-time MBA in 2014/15). The school features a campus located in the heart of Sydney’s Circle Quay and another situated to the city’s south, on UOW’s main campus in Wollongong.

The school’s MBA program can be taken on either a full-time or part-time basis and is taught across a total of 12 units, of which 11 are compulsory elements and one is an elective of choice. In addition, there are a range of specialized business master’s degrees on offer in areas such as financial management and human resources management and marketing. 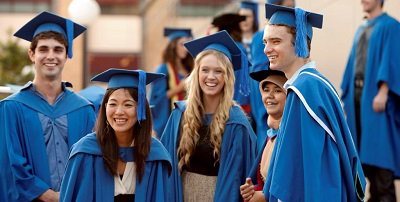 Macquarie Graduate School of Management, or MGSM for short, stands 24th in Asia-Pacific and 8th among Australia’s top business schools in QS’s MBA rankings for 2014/15.

The MGSM MBA is a two-year program when taken full time (flexible options are available) and can also be taken at the school’s campus in Hong Kong, as well as in central Sydney and at Macquarie University’s main campus in North Ryde – a 30-minute drive away from the city. There are 16 units to the program in total, of which 10 represent the core with the remainder made up from electives. There is also an opportunity for students to apply for and conduct, if selected, a 10-week internship at an Australian organization with which MGSM is partnered. At the end of 2014, the school launched an MBA scholarship initiative aimed solely at female students at the end of 2014, in an effort to bring about a better gender balance in the school’s classroom.

Further options for an MBA in Sydney:

The business school of the University of Technology Sydney, UTS Business School offers a full-time two-year MBA program in central Sydney, at one of the two principal campuses of UTS. Indeed, 2015 witnessed the unveiling of a new home for UTS Business School in a building designed by Frank Gehry – the architect behind the renowned Guggenheim museum in Bilbao, Spain. The school’s full-time MBA can be taken part time over four years and there is also an EMBA and a one-year MBA specialization in entrepreneurship available.

The University of Sydney Business School

There is no full-time MBA study option available here, however the schools offers a part-time format that can be spread across two or three years. In addition, the University of Sydney Business School offers an EMBA program and is Australia’s member of the CEMS international alliance for providers of pre-experience master’s in management degrees.

Approximately 25km to the west of central Sydney is the area known as the City of Parramatta, home to the MBA program offered by the Sydney Graduate School of Management (SGSM) at Western Sydney University – which celebrated its 25th anniversary as a statutory institution in 2014. The school also offers an international option in conjunction with the University of Economics, Ho Chi Minh City (UEH) in Vietnam.

If, by now, you’re giving serious consideration to the idea of pursuing a MBA in Sydney, there are also a multitude of extracurricular attractions that could help seal the deal.

To the east of the city lies the inviting water of the South Pacific and renowned coastal spots, such as Bondi Beach. In addition, there are national parks to be found to the city’s north, south and west.

Sydney is a cultural epicenter within Australia and boasts a huge variety of restaurants and a strong reputation in the arts. It is, of course, the home of the Sydney Opera House, but there are also a great number of museums and theaters as well as bars and clubs scattered throughout the city – so much so that there really ought to be something to suit everyone’s tastes.

As a major port and business destination, today’s Sydney is a city rich in diversity. However, the culture of Australia’s indigenous peoples and the country’s legacy as a former penal colony are both historical aspects that will become apparent in the city’s architecture and monuments to all but the most casual of observers.

One final aspect of life in Sydney is the city’s great love for sport. Cricket, rugby, football (soccer), basketball, surfing, swimming and, of course, Aussie rules football, are all sports that draws huge interest among Sydney’s residents – from supporting the local and national teams on display to getting out and taking part.