In QS’s latest set of regional MBA rankings, the top business schools in Australia make up 12 of the 30 institutions representing Asia-Pacific. That’s 40% of the region’s total – an increase on 31% in 2013.

This rise could feasibly be explained, in part, by the change in methodology seen in QS’s regional rankings this year – where a second survey of over 7,000 business academics was added to supplement the scores business schools received from more than 5,000 MBA employers. Australian universities, to which business schools are attached, are traditional big hitters in terms of academic reputation.

Australia is the most popular MBA study destination in Asia-Pacific, ahead of Singapore, India and China, and the fourth most popular in the world. Indeed, business schools in Australia are under on the radar of a quarter of all international respondents to the QS TopMBA.com Applicant Survey 2014.

Two of the 12 schools in the list made the top 10 business schools in Asia-Pacific region, but with so many more options to be found in Australia, the country surely deserves a top 10 in its own right:

The MBA in Australia: Top 10 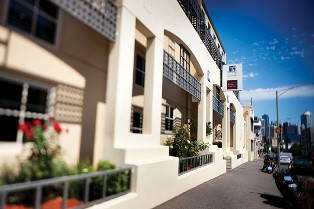 Melbourne Business School retains its place as the number one destination for an MBA in Australia in the eyes of international recruiters and business academics. However, it has lost ground in the regional MBA rankings for Asia-Pacific in falling from third to seventh place overall.

The first institution to award an MBA in Australia in 1965, Melbourne Business School achieves the highest score in the new academic segment of this year’s MBA rankings in this top 10. The school offers its view on the country’s current financial aid landscape in this recent article. 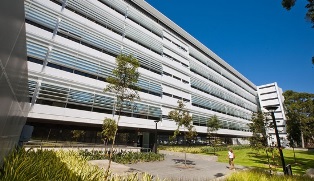 There’s no change in second place either as the Australian Graduate School of Management (AGSM) at the University of New South Wales maintains its position behind Melbourne Business School.

Despite dropping one place to ninth, the school remains Australia’s second and final member of Asia-Pacific’s top 10 in this year’s regional MBA rankings. 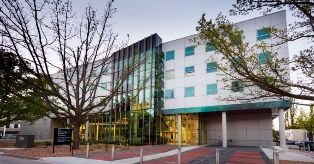 Up one place and into third among this year’s top business schools in Australia is the Australian National University’s (ANU) College of Business and Economics, located in the country’s capital city of Canberra.  The school has a strong tilt towards research, with four research schools offering insights into six distinct fields of specialization, from actuarial studies to statistics.

The new addition of an academic segment to this year’s regional MBA rankings is likely to have allowed ANU’s College of Business and Economics to rise from 14th to 11th and the cusp of Asia-Pacific’s top 10. 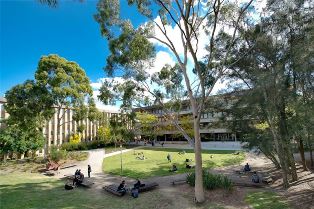 A new-look MBA program was launched by La Trobe Business School as recently as 2012, and has fared well in its reputation since then, climbing nine places in successive years among Asia-Pacific’s top business schools, from 32nd to 23rd in 2013, and now entering the region’s top 15 in 14th. La Trobe achieved the top 10’s highest score in the employer segment of this year’s MBA rankings.

Offered primarily in Melbourne, La Trobe Business School is now rolling out its MBA to the university’s regional campuses located elsewhere in the state of Victoria (in Mildura, Albury-Wodonga, Shepparton and Bendigo) on a flexible delivery basis. 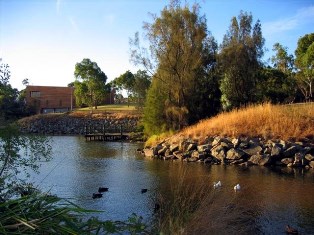 Melbourne’s Monash Business School at Monash University makes this year’s top five institutions at which to study an MBA in Australia, rising from sixth position last time round.

The Monash MBA is offered by the only institution on this list to hold the much-coveted ‘triple crown’ in accreditation, by dint of the fact that only two business schools in Australia currently hold AMBA accreditation – where criteria for a school’s MBA students to hold at least three years of prior work experience even rules out many of the big hitters in the US.

The Monash MBA program is most often completed over two years - a structure that has been designed to allow students the option to combine working with studying. 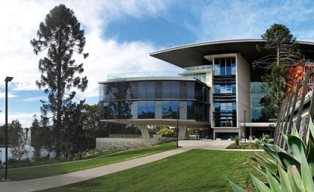 The first new entry to the 10 top business schools in Australia this year, the University of Queensland’s UQ Business School enters the table in sixth. UQ has also shot up in the Asia-Pacific regional MBA rankings – moving into this year’s top 20 from 35th position in 2012, and not featuring at all this time last year.

The first MBA students enrolled at the Brisbane-based institution in 1972, when the university first began offering management education from a new department of just three staff.

UQ Business School, as it is known today, came into being when the university’s commerce and management schools converged in 2002, with the addition of UQ’s technology and innovation center in 2004.

It’s now one of nine partner schools at which MBA students can pair up with those of The Wharton School to collaborate on a consultancy project as part of Wharton’s Global Consulting Practicum (GCP). 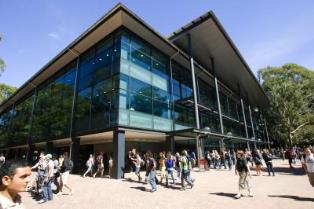 Sydney Business School (SBS) is down two places to seventh in Australia this time round. It also now falls just outside the top 20 for Asia-Pacific as a whole, having been rated 15th last year, before the change in QS’s MBA rankings methodology.

SBS is the graduate school of the Faculty of Business at the University of Wollongong (UOW) and offers its MBA as well as several specialized master’s degrees from locations in central Sydney and Wollongong, home to UOW’s main campus.

The school is one of six members of this top 10 to be a signatory to the Principles for Responsible Management Education (PRME) – an initiative of the UN Global Compact that lays out six guiding principles for responsible management education. 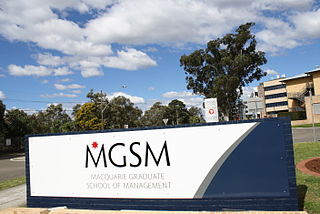 Macquarie Graduate School of Management (MGSM) is another of our top study destinations for the MBA in Australia to suffer a slide this year – falling from 3rd to 8th this year in Australia, as well as losing its spot in Asia-Pacific’s top 20.

However, MGSM is well-established in Australia and beyond, reporting the top 10’s highest average GMAT score (680) this year. The school was founded in 1969 and has also offered its MBA from a campus in Hong Kong since 1994. More recently, the school launched a scholarship fund worth almost US$7 million, aimed at encouraging female enrollment and reducing Australia’s gender imbalance at MBA level. 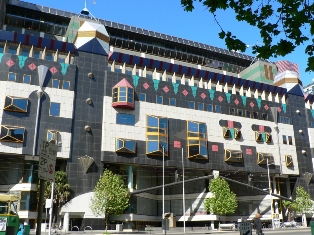 Ninth this year is RMIT University’s Graduate School of Business and Law. Although, this is a drop of one place in Australia on last year, RMIT (that’s ‘Royal Melbourne Institute of Technology’, in case you were wondering) has risen nine places to 25th in the MBA rankings for the Asia-Pacific region.

The university began life as a Working Men's College at the end of the 19th century, before officially changing its name in 1960 to reflect the royal patronage bestowed upon it by Elizabeth II of England, to which it added university status in 1992.

The MBA program is offered by the Graduate School of Business and Law - one of six schools that fall under the umbrella of RMIT’s College of Business, and one that enjoyed renovations totaling around US$18 million back in 2010.

Its full-time MBA is usually completed in one and half to two years, although there is a possibility to progress more quickly should you wish to be granted ‘advanced standing’.

There’s also an option to study in Ho Chi Minh City at RMIT Vietnam, set up around the turn of the century, where a one-year MBA aimed more at recent graduates and pre-experience students is available. 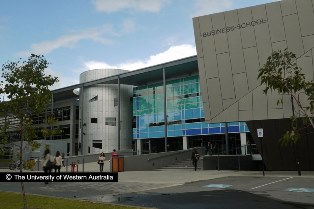 Rounding off this year’s 10 top business schools in Australia is the University of Western Australia’s UWA Business School – the second new entry in our list.

Situated in Western Australia’s capital city of Perth, UWA Business School emerged from the splicing of the university’s School of Economics and Commerce and its Graduate School of Management in 2007.

An MBA from UWA has been on offer since 1973, although 2015 sees the start of a new cohort based full-time MBA program to supplement a flexible MBA option that has been offered on either a part-time or full-time basis.

UWA Business School is also the sixth representative in our list to be based at a member of the country’s highly regarded university coalition known as the Group of Eight (Go8).

For a breakdown of GMAT averages and proportions of international students from each of these MBA programs, as well as those sitting just outside the 10 top business schools in Australia this year, download the QS Global 200 Business Schools Report 2014/15 in full for free.

This article was originally published in January 2015 . It was last updated in February 2018