How An EMBA Can Help You Become A Global Leader | TopMBA.com

How An EMBA Can Help You Become A Global Leader

Leadership and improving leadership skills is often the focal point when discussing the benefits of MBA and EMBA programs.

While people’s reasons for undertaking a graduate business program vary, it’s safe to say that a substantial majority hope to improve their leadership skills and acquire the knowledge necessary to inspire others and kick-start successful business ventures.

Aurora Martinez is one of them.

Aurora spent the majority of her career in executive leadership positions in the US – first in academic publishing, then in education technology and services at renowned firms, such as McGraw-Hill and Pearson Education, and a smaller start-up, Curriculum Associates.

However, despite having already demonstrated her business acumen, she had her eyes set on a new target.

The need for a business degree 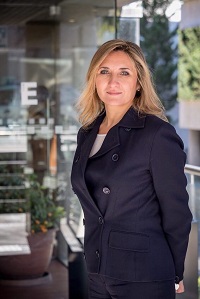 Aurora said: “It was very clear in my mind that I wanted to be a CEO. From very early on, I had a very specific goal as to what I wanted to do, and I knew that to be a CEO I needed to know more of how to lead an organization.”

She soon realized that the fastest way to achieve her goals would involve a new adventure: doing an EMBA.

She said: “I was lucky enough to have had really good mentors and people who believed in me, as well as great intuition. But in order to become a CEO, you also need to ground that in a business degree, in solid theories and methodologies that go beyond your instinct.

“At that point, I had been quite successful and had been promoted multiple times to executive level roles, but I felt that I needed more, also from a female perspective. Although I had extensive experience and I was actually very good at my job, I needed to hit the glass ceiling.”

In 2016, Aurora got accepted into the EMBA program at ESADE Business School in Spain, her home country – a choice that ultimately changed her career, as well as her life path.

She said: “All of my academic career had always been in the US, between Temple University and Columbia, and I only had professional experience in the US market. I had never worked in Europe, although I am from Europe.

“I had a clear vision of what I wanted to be – a CEO, but also a leader with global perspective. If you want to work for a multinational company, you need to know the whole spectrum of the market and diverse ways of thinking. And that’s why I decided to go to ESADE.”

The importance of inclusivity

While Aurora applied to multiple European business schools, she says she chose ESADE because the school’s values of inclusivity and purposeful leadership aligned with hers.

She said: “From a value standpoint, I wasn’t really aligned with some schools. But ESADE’s values really matched mine – it’s not just about being a leader, it’s about being a good, global leader and finding purpose in what you’re doing.

“My professional background is in education. It would have been an oxymoron for me not to choose a school that actually valued education, and the power of doing something good.”

During her time at ESADE, Aurora was elected as Class President for her EMBA cohort. She says the relationships she fostered with her classmates helped her become a better businesswoman.

She said: “Peer learning is very important and it’s something many business schools are great at. In my cohort, there were people from 15 different countries, with different backgrounds and industry experience, and I actually think I learned as much from them as I did from my professors.”

After graduating from ESADE in 2018, Aurora moved to Vienna and founded a corporate strategy firm called EVERLEARNING. However, soon a new opportunity arose, one that she couldn’t refuse: becoming COO and Managing Director of a promising new start-up in Madrid.

She said: “It was a company that was at the very early stages of creating something unique, and they needed someone like me to turn it around, from changing the organization to the pricing strategy and the vision itself. We did it in 18 months.”

That company is now Gamelearn, a pioneering technology firm dedicated to providing game-based learning solutions for corporate workers. Aurora defines it as her personal “sandbox”, where she was able to apply everything she had learned throughout her career and on her EMBA – something she is grateful for and looks forward to seeing the results of.

She said: “What I have done in the past 18 months, I didn’t think I’d be able to do in a lifetime. I have learned a lot, and I have really applied everything that I know to it. This is scaling, you know, actually scaling a company. It’s amazing.”

This article was originally published in December 2020 .