Depending on where you live in the world, you may have already encountered a branch of Just Falafel. Indeed the fast food franchise has established branches in no fewer than 58 locations in 13 countries. However, if you haven’t yet, you may well in the near future – agreements have been signed with 903 outlets across the world. Fans of chickpea-based fried food items rejoice.

So how did a single outlet selling a relatively quotidian Middle Eastern snack become a successful business? For the CEO of the chain, Fadi Malas, the answer is simple: by joining a revolution at the right time – namely the digital media revolution. While using social media for business might seem commonplace today – a no-brainer for any successful business – in the early days of Just Falafel this was a highly disruptive approach that really paid dividends. 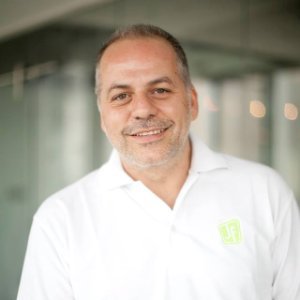 A friend of Malas had started Just Falafel in early 2000s, with the aim of making one of the national foodstuffs of Egypt a part of 21st century lifestyles. The first element of innovation was in the menu, Malas recalls. But it didn’t stop there – a successful business can never afford to rest on its laurels if it has any intention of retaining its status, after all.

“A couple of years later, he was looking for a corporate approach to develop the business. We caught the idea of using social media for business early on, and started communicating what we were doing to as wide an audience as possible, primarily to reach out to promote franchising. It really paid off.”

“The first challengewas to commercialize a food category which wasn’t as big a presence on the food court as some of our competitors.  We had to communicate the benefits – which we couldn’t have done without digital and social media for business. Our ability to change perceptions – to make falafels a core food category – was essential.”

Getting a grounding for business at Imperial College Business School

Trying to become a successful business on the back of something as new as digital media naturally involves an element of trial and error. Malas felt, however, that his MBA at Imperial College Business School gave him the business acumen to make structured decisions

“I worked in banking and finance for five or six years, after which I decided to do an MBA so I could have a go at managing my own businesses. I knew I needed to learn more before I launched myself into operating a successful business; deeper knowledge and breadth in the main areas of business. I thought an Imperial College Business School MBA was a great springboard to launch myself into it.

“One cannot be an expert in everything,” he adds, “but you can get much more insight into various departments in any particular environment.” Imperial College Business School was his first choice, and in the end, proved to be the only school he needed to consider.

After completing his MBA he worked for a few startups in the early dotcom space, this being at the beginning of the 21st century, before getting involved with his current enterprise. 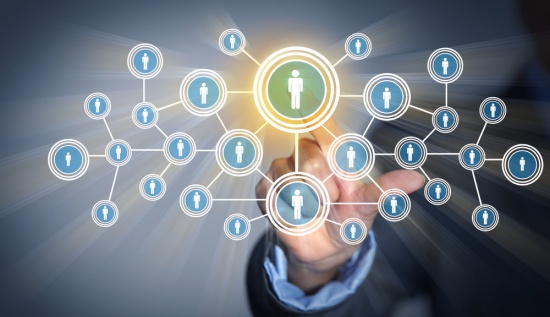 So, what does the future hold for Just Falafel? “Our challenge is to retain our growth, factoring in competitors. We don’t compete with McDonald’s and Subway by choice, but they’re everywhere. We have to think as smart as they do – in the next 10 years really want to saturate the market where we have the strength.”

The business, it seems, can already be considered stronger than when it started as a consequence of its growth. “A key challenge is your ability to attract human capital. It’s difficult to convince the best people unless they see eye-to-eye with you on your long term business plan – now we’re able to attract much better talent.”

One final question – an obvious one for a successful entrepreneur – what is Malas’ advice to other would-be entrepreneurs? The answer is one we hear so often from those who have had a hand in a successful business – be brave.

“For any entrepreneur – the biggest challenge is your ability to overcome skepticism. When you have an idea – you worry about the challenges. We start over every day. It’s not easy at all out there. You have to be able to overcome your challenges willingly and knowingly if you want to be successful.”

Want to know more about using social media for business, entrepreneurship or chickpea-based snack food? You can meet the Imperial College Business School alumnus and social media keynote speaker in person at the QS World MBA Tour in Dubai on May 16.

This article was originally published in May 2016 . It was last updated in August 2016