Can cartoons affect children's fondness for unhealthy snacks? Find out from a UC-Boulder study and one of three stories in this roundup
Why study an MBA? An introductory guide

A new study led by Margaret Campbell, marketing professor at CU-Boulder’s Leeds School of Business, points to the potential influence of a more rotund cartoon character on children’s eating habits.

The study brought together researchers from CU-Boulder and Colorado State University and involved showing approximately 300 children between the ages of 6 and 14 either a normal weight or overweight cartoon character and then giving them access to high energy, low-nutrient food in the form of cookies:

“They have a tendency to eat almost twice as much indulgent food as kids who are exposed to perceived healthier looking cartoon characters or no characters at all,” Campbell said of the children who were exposed to the overweight character, in a press release for CU-Boulder.

However, the researchers also found that this effect could be neutralized when children were made to think about their existing knowledge of health issues (by asking them to choose the ‘healthiest option’ from six pairs of words and pictures) before the test began.

CU-Boulder’s Campbell said that she was surprised to find that children “apply typically human standards to cartoon creatures -- creatures for which there isn’t a real baseline.” Of course, this extends to whether the characters in question are human or imaginary beings.

In a world where cartoon characters have an almost ubiquitous presence in media formats, the study’s findings are thought to be useful to both marketers and parents.

“What I would like to see is companies being a lot more responsible with their own marketing choices,” said Campbell, adding that Kellogg’s reinvention of Tony the Tiger, through which its ‘Grrreat!’ cereal seller has acquired a more athletic physique - was a step in the right direction.

However, the view from the animation industry was less than positive. A report in Cartoon Brew argued that redesigning characters hardly solves the problem of companies developing and building a market presence for an unhealthy product in the first place.

US holds top spot in VC analysis from IESE and EMLYON

The US has come out on top once more in IESE and EMLYON’s annual analysis of the most attractive countries for venture capital (VC) and private equity (PE).

The VC/PE Country Attractiveness Index ranks 120 countries across 65 indicators in which six key categories are analyzed. To make it into the upper echelons of the rankings, countries must perform well across all six categories in IESE’s and EMLYON’s estimations – from economic activity, depth of capital markets and taxation to investor protections and corporate governance, human and social environment, and entrepreneurial opportunities. The top 10 countries this year are shown in the table below: 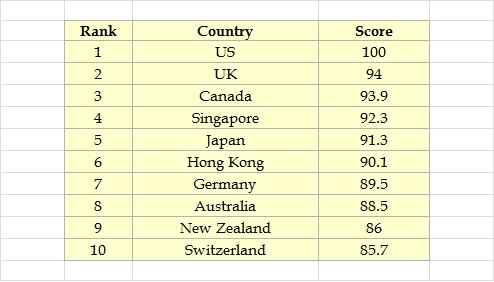 The index was created by IESE’s Heinrich Liechtenstein, Karsten Lieser and Markus Biesinger, alongside EMLYON’s Alexander Groh. The US has placed first in each of its six editions thus far and the index’s authors say that, as the birthplace of venture capital/private equity, the US is unlikely to lose its hold over the number one spot anytime soon.

While the index is intended to be a useful tool in identifying countries that are on the up in terms of their VC/PE opportunities, the IESE and EMLYON faculty members caution against placing too much stock in the potential of emerging markets out of a desire not to ‘miss the train’. Indeed, they believe that changes to their own index should be viewed as significant only over a sustained period of time – namely, a five-year trend. In this, they single out the five-year rises of New Zealand (15th to 9th), Malaysia (18th to 12th) and the Philippines (64th to 42nd) as being the most significant. The most notable fall, meanwhile, is laid at the door of Cyprus, which has fallen 28 places to 68th overall over the past five years.

Elsewhere in the index, Chile places 25th to rank as Latin America’s highest entry and a single position ahead of Saudi Arabia, the Middle East’s highest entry. Sub-Saharan Africa’s highest-placed nation is South Africa, which is nestled between Italy and Colombia in 37th position. The full index can be found here. 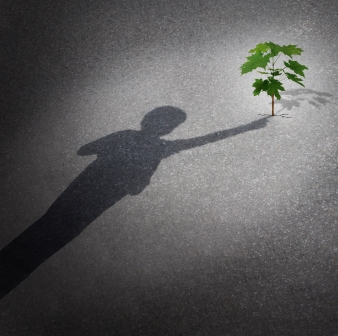 You’ve all heard the old adage, but does power really corrupt? Perhaps not, argues a new paper from researchers at Michigan Ross, Duke Fuqua School of Business and the University of Washington. In fact, when viewed over time, the accumulation of power can see individuals act more magnanimously towards future generations of their fellow humans.

“Previous research focusing on the relationship between contemporaries found that having power tends to cause people to act in more self-interested ways. We add the dimension of time, and we find in contrast that power leads people to act more generously toward future generations.” In the paper, this is referred to as ‘intergenerational beneficence’.

Specifically, in one study, people who were asked to recall a time when they had experienced power over others were then found to be more likely to allocate charitable giving to causes with a long-term view (as opposed to those focused on more immediate concerns) than those who had not been asked to recall such a time. In a similar study, those who had their own experience of power triggered in their minds were also found to be more likely to bestow an amount of greater than US$1,000 to another person in the future than to take the US$1,000 themselves in the here and now.

“We found that an important underlying cause of this effect is that feelings of power invoke a sense of responsibility to look out for the interests of others,” said Wade-Benzoni, who co-wrote the aptly titled ‘Noblesse oblige emerges (with time)’ with a PhD alumna of Duke Fuqua, Leigh Plunkett Tost - now on the faculty at Michigan Ross - and the University of Washington’s Hana Huang Johnson. The authors hope that the paper can help organizations see the potential long-term impact of decisions made by power holders and how this can be channeled for the betterment of society in the future.

“In the day and age of nuclear weapons, deficit financing, dramatic global-scale environmental change, and genetic engineering, we have unprecedented power to shape the future,” the Duke Fuqua professor says - so, you know, no pressure!

Why study an MBA? An introductory guide

This article was originally published in July 2015 . It was last updated in June 2019