10 years after completing an MBA in marketing from South Korea’s Sungkyunkwan University (SKKU), Tamas Szekeres is in a strong position to reflect on how international experience in the program fast-tracked his marketing career and laid the foundation for excelling in an evolving industry. 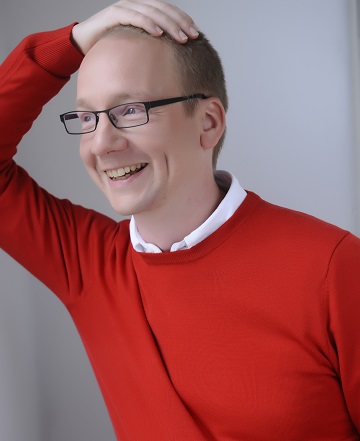 Hailing from Budapest, Szekeres initially studied international business and economics at undergraduate level. “I started feeling very early in my life that Hungary was too small for me though,” he explains, which led him to eventually take his bachelor studies to the Netherlands, and Hogeschool Brabant International Business School (now, Avans University of Applied Sciences).

Little did he know that the SKKU MBA would open up a world of opportunity for him - quite literally. Early on in his career, Szekeres held positions in consulting and banking. Working in these industries gave him the opportunity to witness the rate of change occurring in business from the frontlines. “At that time I thought that I would need an MBA to fast-track my career in those industries,” he explains. “I expected a career boost, and it ultimately fulfilled my expectations.” He also knew that with an MBA he could work anywhere in the world – and today, Szekeres finds himself in London, which he deems to be “the most exciting city in the world, especially in digital.”

Over the last decade, Szekereshastraversed continents and industries thanks to the SKKU MBA, which allowed him to combine his study in Seoul, South Korea with a semester spent at Northwestern University’s Kellogg School. This was the making of an initiative led by Samsung, which partnered with leading US business schools to offer MBA scholarships in return for having graduates work for two years at Samsung’s global headquarters in Seoul, following the completion of an internship. Select faculty members were brought over from the US to teach SKKU MBAs in South Korea as part of the initiative and students were also sent to the US to complete their final semester at participating universities.

“One of the best aspects of the program was its very international setting,” Szekeres notes. Another was getting the chance “to work on some of the coolest tech projects from Samsung,” he adds, reminding us that this was also ten years ago – “at that time, almost nobody believed that Samsung will beat Apple one day.”

Szekeres had more than most to gain from his MBA’s international component that year. “Around 30% of my classmates were international which really helped put things into different perspectives,” he says. Furthermore, the vast majority of domestic students were Samsung employees, which had the added benefit of preparing Szekeres for working in South Korea. “The learning environment made working at the global HQ of Samsung as one of its first Westerners much easier.”

Szekeres explains that his MBA internship also gave him an “amazing initial insight into tech marketing,” which set the groundwork for establishing in him a strong, though perhaps unintentional, attraction towards working with disruptive technologies.

“My personal journey fits into the global digital revolution we've all been experiencing for the last 10 years,” Szekeres goes on to explain. As a marketer, he found consumer electronics highly attractive because of its pace. “A lot of innovation was happening there every quarter.” Then, as he aptly puts it, “software started eating hardware and the world.”

According to Szekeres, network- and service-providers gradually won out against consumer electronics firms because they were closer to the user. The same thing is happening now in financial services [an industry familiar to Szekeres] as challenger banks and fintech startups disrupt the established financial order. “The next huge disruption will be in education,” he says fervently. Perhaps this philosophy is exactly what inspired Szekeres’s most recent career move…

Continuous learning essential for career in marketing – both then and now

Since working at Samsung for four years following his SKKU MBA, Szekeres has held positions with LG, Carphone Warehouse and the UK’s Metro Bank and is now a manager specializing in CRM (customer service management at The Open University. “We're at the cutting edge of digital student acquisition,” he adds, given that the university operates in the expansive, albeit untraditional, space of online course delivery.

If his post-MBA career trajectory has shown anything it is that technology changes fast and is only evolving more quickly, which requires more of ambitious business professionals. This is particularly true for marketers working in tech, as they must not only promote new (and sometimes disruptive) technologies but also navigate new communications and media channels to do so. “During the last 10 years (and probably for the next 10, too) the digital revolution has been the greatest challenge,” Szekeres notes.

Given that many technologies didn’t even exist or have evolved substantially since the early 2000s when Szekeres pursued his SKKU MBA, Szekeres has had to develop many technical skills, including coding, on his own and he advises that every MBA set on a career in marketing acquires coding skills.

Of course, his MBA laid a foundation of both hard and soft skills on which he has built his current expertise in CRM. Szekeres notes that the top three skills he acquired with his SKKU MBA were strategic thinking, advanced analytics and negotiation skills. These are in line with what drew him to marketing in the first place and have complemented his post-MBA career philosophy. “Marketing is about people, technology and being smarter than your competitors.” Indeed, his MBA, international exposure and continual learning amid disruptive technologies have kept Szekeres ahead of the curve in the international job market as well.

This article was originally published in December 2016 .

Language Requirements for MBA Admissions Around the World

Why Business Schools Can be Perfect Partners

The Benefits of Language Skills for an International MBA Career