What are the latest trends in MBA jobs and salary levels around the world?

QS has today released its annual look at the state of the global employment market for MBA graduates. In it, there’s a look at changes to the number of the positions on offer to MBAs in every region of the world and the type of MBA salary levels one might expect to look forward to on successful completion of the qualification. 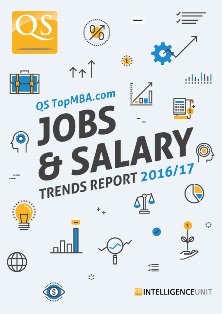 Basing its findings on the responses of 4,093 companies that actively hire MBAs across 102 countries, the QS TopMBA.com Jobs & Salary Trends Report 2016/17 shows that post-MBA job opportunities available to graduates across the world rose by 13% between 2015 and 2016. This is not far short of the long-term average of 15% growth seen in QS’s reports since 1990 and is almost identical to the 14% figure recorded in its 2015/16 edition. Above all, during what are uncertain times in many parts of the world, this continued growth highlights the resilience of the qualification when it comes to the employment prospects it can provide.

Where have MBA employment prospects received the biggest boost?

Central to the positive global picture in this year’s report has been the rise in MBA job opportunities across North America, Asia-Pacific and Latin America – regions which remain home to the three biggest markets for MBAs; namely, the US, India and Brazil. 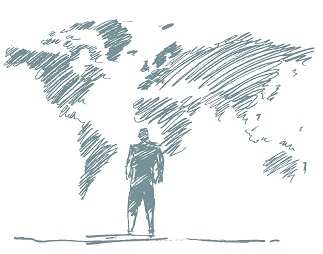 While North America looks to have built firmly on the foundations of the recovery it witnessed last year, Latin America’s ascent follows a difficult year. In particular, we have seen a renewed zeal for hiring from employers in Brazil as the country prepared for, and hosted, the Summer Olympics in Rio de Janeiro, drawing the world’s attention along the way. Asia-Pacific, meanwhile, continues to defy predictions of a slowdown to its capacity to provide an increasing array of MBA job opportunities. China and India underpin a significant share of Asia-Pacific's recent growth in this respect, but employment prospects for MBAs are also on the rise in less heralded markets for graduates, such as Pakistan and Malaysia.

The scene in Europe is more mixed. Growth in Western Europe has been modest, yet has managed to outstrip predictions made in 2015. Eastern Europe, led by Russia, has had a much better year of growth but one which, conversely, doesn’t quite fulfil last year’s high expectations. The Middle East & Africa, meanwhile, strikes perhaps the report’s only truly negative note, with extremely sluggish growth. Difficult years for recruiters in the UAE and Saudi Arabia have been most keenly felt here. At this juncture, it's worth considering the extent to which difficulties afflicting the MBA hiring market in parts of Western Europe and the Middle East & Africa can be traced to their geopolitical context and the varying degrees of economic uncertainty that has come with developments in each of these regions.

Aside from Western Europe and the Middle East & Africa, the rise of MBA demand around the world over this past year has been relatively consistent – growth figures waver by no more than five percentage points from the global average in both mature and emerging markets. This showcases the qualification’s continuing appeal among employers, no matter where in the world you find yourself.

Globally, it is the finance industry which supplies the largest number of post-MBA job opportunities. However, employer respondents to this report indicate that there has been a greater rise to the number of opportunities in the consulting and technology sectors, the latter of which has, in fact, seen the most consistent year-on-year growth figures over the past three years.

Are MBA salary levels on the rise?

As well as asking MBA employers how many graduates they have hired over the past year (and their hiring intentions for the year ahead) QS also asks what they pay. From their responses, we can glean that while MBA salary levels have remained largely consistent in the most mature markets of North America and Europe, there have been notable rises across those that are less established – particularly in Latin America.

For a look at which countries paid out the highest MBA salary levels across 2015/16, as well as more detailed breakdowns of changes to the employment prospects for MBA graduates in regions of interest to you, please download the report in full and for free. Within its pages, you’ll also find some insights into the skills that employers value highest and the number of years’ work experience they seek in their MBA hires.

This article was originally published in December 2016 .