MBA Employment Reports: Class of 2016 in the US Midwest

The average starting post-MBA salary for those graduating at each of Chicago Booth and the Kellogg School this year is US$125,000. At Michigan Ross, it’s US$120,000 while the average comes in at US$110,000 at Indiana University’s Kelley School. But, where will these MBAs be earning such hefty pay packets? This is TopMBA.com’s analysis of employment reports for members of the MBA class of 2016 attending four leading business schools in the US Midwest.

Technology continues to grow its share of accepted post-MBA jobs 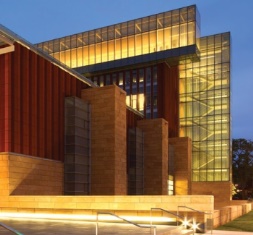 The growth in opportunities available to MBAs in the technology industry continues to exert its influence over graduates of top schools in the US Midwest. At Kellogg, the class proportion joining technology firms has jumped from 15% in 2015 to 22% this year. At Ross, the equivalent proportions is up from 18 to 20%, while technology’s hiring share has increased from 15 to 17% at Chicago Booth. At Kelley, a comparable class proportion of 19% joining tech firms is enough for it to stand as the most popular industry destination among its class of 2016 graduates.

Amazon is the largest tech recruiter at three of these schools, and, in fact, remains the single-largest hirer of full-time MBAs at Ross this year. However, also hitting double figures in the number of full-time hires made this year are Google and Apple at Kellogg, Google at Chicago Booth, and Microsoft at Ross.

In spite of these rises, the salaries on offer to those accepting post-MBA jobs in technology have remained in line with 2015’s reported levels. The averages at Kellogg and Booth still stand at US$120,000, while Ross reports a US$117,000 average that is consistent with what was seen in 2015.

Fewer graduates from Kellogg and Ross are heading into finance directly after their MBAs this year. The industry’s hiring share is down from 19 to 13% at Kellogg – a fall that is almost identical to technology’s rise and one which relegates finance from the second-most favored industry among Kellogg graduates in 2015 to the fourth. At Ross, finance is down by a single percentage point, from 15 to 14%. At Kelley, the proportion is lower still – just one in 10 of its latest graduates have opted to pursue careers in finance.

Yet, over at Chicago Booth, finance remains the most popular post-MBA industry destination and one that is chosen by over a third of graduates. This year, 36% are entering post-MBA jobs in finance, up from 35% in 2015. However, finance salaries are flat at Booth this year, as is also the case at Kellogg and Ross – at each institution, the average MBA salary remains at the US$125,000 level reported in 2015. Bank of America Merrill Lynch is finance’s biggest recruiter of MBAs from Chicago Booth and Kellogg this year.

MBA salary levels in consulting on the rise

McKinsey and the Boston Consulting Group (BCG) top the list of major employers at both Booth and Kellogg, and each of these firms has hired in double figures from Ross this year. The industry as a whole, meanwhile, remains the biggest area of hiring at Michigan Ross and Kellogg – around a third of class of 2016 graduates from these schools have joined consulting firms, although the industry’s share of class hiring is actually a fraction down at Kellogg this year. At Chicago Booth, the percentage heading into consulting is also down on last year, from 32 to 28%.

Kelley has sent the fewest number of graduates out of these four schools into consulting this year, at 17% of its class total. However, the industry’s average MBA salary is right up there with the rest, at US$140,000.

Consumer products in the US Midwest

At Kellogg, the class proportion joining companies in consumer products is up from 12 to 14%, making it the school’s third-favorite industry destination this year. Food and beverage companies are the biggest recruiters within this bracket at Kellogg, taking 8% of the class – a single percentage point higher than the total number choosing post-MBA jobs in healthcare. However, the school’s biggest recruiter in consumer products this year is Nike.

The consumer products industry is also a significant area of hiring at Kelley, taking 17% of the class of 2016. At Ross and Booth, meanwhile, consumer products’ hiring share is lower, at 10 and 7%, respectively.

Locations taken up by the class of 2016 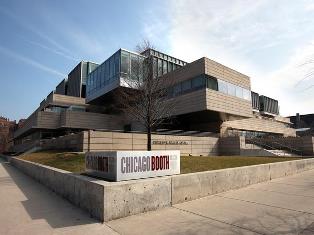 Stanford described the US Midwest as ‘underserved’ when announcing it as the first region to be the focus of its new US fellowship program earlier this year. However, as you might expect, the region is popular among those who attend its top business schools.

The class of 2016 proportion taking post-MBA jobs in the US Midwest is 31% at Chicago Booth and Kellogg, 35% at Michigan Ross and 49% at Kelley. Chicago is the key city here, taking a quarter of Kellogg graduates, 28% of those at Chicago Booth and around one in five from Ross.

However, plenty of graduates do journey elsewhere – 19% of Booth MBAs will work in New York, for instance, among which will presumably be a fair few of those taking finance jobs. The San Francisco Bay Area, meanwhile, has attracted 16% of the latest class at Kellogg in a year in which technology’s share of hiring at the school has risen significantly.

Lastly, how many MBAs from these schools are starting their own companies directly after graduation? Not too many, it seems, but the numbers are in line with the 2.4% class proportion average found across North America as a whole last year. Indeed, while the number of graduate entrepreneurs reported by Ross this year is only 1%, it comes in at 2% at Kellogg and 3% at Chicago Booth. Considering the total number of students across these three schools, that still allows for 34 new MBA startups.

This article was originally published in December 2016 . It was last updated in June 2019