How an MBA Helped an Entrepreneur Grow His Indie Business | TopMBA.com

How an MBA Helped an Entrepreneur Grow His Indie Business

Becoming an entrepreneur is a dream many MBA candidates share. The perks are many: you can be your own boss, you decide where and when to work, and you can choose the people you surround yourself with.

However, in today’s increasingly saturated market it can be difficult for entrepreneurs to set themselves apart from the crowd and create a business venture that is truly original and unique.

That is exactly what MBA grad Carlos Gonzalez Romano set himself to do. 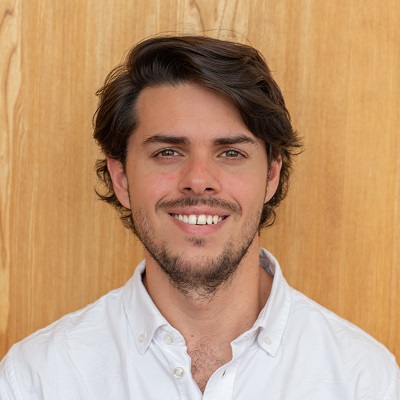 In 2016, Carlos and a collective of 12 friends decided to take up residence in the volcanic foothills close to Mexico City and create a new style of brewing that was uniquely Mexican, based on native Mexican ingredients and that used innovative brewing methods.

Carlos said: “The idea started when me and my best friend Matias started talking about a lack of new propositions in the beer industry. From there, we starting experimenting in his parents’ garage with Mexican ingredients like agave honey, coriander seeds, guava, mango, and many more.

“After several months of trial and error, we started to brew highly acclaimed beers among our social circle. It was at this moment that we decided to take the next steps and create something serious.”

Overcoming setbacks with an MBA education

However, the process wasn’t always easy. Carlos says the team behind the independent brand – which they named Monstruo de Agua – faced a wide range of business challenges at first, from another company stealing their concept to a lack of equipment and traditional brewing ingredients.

He said: “At the beginning, the business set-up was easy because we decided to take a more informal approach – no offices, not a lot of equipment, and not even registering our brand name. But this proved to be a setback for almost a year.

“After a few bad experiences, we decided to take our second biggest step, hiring a lawyer and accountant and starting to look for investment. At the same time, all of us had full-time jobs while also brewing beer and going to beer expos at the weekends.”

However, Carlos soon realized there needed to be a more professional ‘business profile’ among Monstruo de Agua’s founders.

He said: “This gave me the push to look for the best business education available. After several moths of research, I decided to enroll with ESMT Berlin because of their reputation and especially their contemporary approach to business.”

Carlos believes doing an MBA allowed him to give Monstruo de Agua a clear and efficient business structure, the effects of which are tangible today. Over the past two years, the company’s line of production improved drastically, increasing its capacity from 2000 to 2500 liters of product, and the team expanded the brand’s reach beyond Mexico without needing extra investments.

Most recently, Carlos has been working remotely from Germany, where he stayed after his MBA. 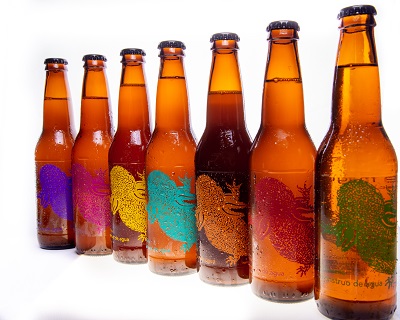 He says that, despite Monstruo de Agua’s sales plummeting by 90 percent during the coronavirus pandemic, the team was able to pull through and find innovative strategies to keep the indie business afloat.

He said: “We leveraged our social media and created a campaign where we’d get our followers special edition beers with unique recipes at a high margin, so we were able to keep paying our employees and operating as a brand.

“At the same time, we launched a sister project from the brewery called Ciudad Silvestre, where we sell vegetables grown in our garden. These two initiatives allowed us to survive the worst of the pandemic.”

After a difficult period, the company’s sales are slowly stabilizing thanks to an expansion to the US. In the future, Carlos hopes to keep growing the brand abroad and open a tasting room in Mexico or Germany for customers to try the brewery’s newest creations.

He says that, despite the difficulties of growing an indie brand, he’ll always remember his MBA experience fondly.

He said: “Having the opportunity to work with so many people from around the world helped me develop a more open-minded approach towards different views and ways of working. But, most importantly, it gave me the opportunity to create some of the best relationships I’ve had in my life. It was enriching.”

This article was originally published in August 2020 .