As new cohorts stride onto campus to take their seats as part of the MBA class of 2017 at business schools up and down the US, the profiles of these incoming students also appear in schools’ official channels.

With over half of these new MBA class profiles now released for the top 20 US business schools (as per the QS Global 200 regional rankings for 2014/15), it’s high time to take a look at their numbers. Are US business schools any closer to addressing their lack of gender balance in the classroom? Which schools have the highest numbers of international students? How high are the average GMAT scores achieved by their students? Check out the synopsis below to find out:

Gender balance at the top US business schools 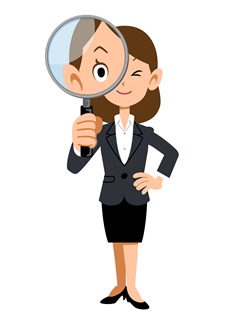 Record numbers of female MBA students enrolled in this year’s entering classes is the big headline announced by a number of the top US business schools.

Whereas last year’s news in this regard was – for the most part – decidedly underwhelming, this year a number of US business schools are reporting proportions of female students that are over the 40% threshold.

The 43% number posted by both the Wharton School and Kellogg School of Management are the closest to a true gender balance here – that’s a rise of 3% for Wharton and 5% in the case of Kellogg. Elsewhere, Harvard Business School (HBS), Chicago Booth, Yale School of Management, UC Berkeley Haas and Dartmouth Tuck have all announced a class of 2017 that is at least 40% female. MIT Sloan has also predicted a proportion of just over 40%.

Most notable among this pack of top US business schools would be the case of Dartmouth Tuck which has moved 10% closer to achieving gender balance in a single year – from 32% to 42%. However, if we focus on fluctuations among the 40%+ group, the balance remains unchanged at HBS and has actually fallen by two percentage points at last year’s high-achieving Haas School.

There is also a lack of progression on gender balance, year on year, to be found at some of the schools posting female proportions in the 30-39% range. For example, Columbia Business School, Michigan Ross and UCLA Anderson all remain unchanged in their respective proportions of 36%, 32% and 30%.

The average across 14 of the top 20 US business schools (those whose figures have been officially released together with MIT Sloan’s predicted number) is 37%. So, while the news emanating from some schools must be seen as positive and reward, perhaps, for strong efforts on the part of the school to bring about a greater gender balance, there is clearly much still to do.

International diversity in the class of 2017

On average and across 13 top US business schools, international students represent more than a third of the MBA class of 2017 (36%).

The highest proportion – of 42% - can be found in Columbia Business School’s entering classes (January and August cohorts) this year, up a single percentage point from last year.

Fractional change is pretty much the general rule for international students in entering cohorts, when compared to last year. For instance, whereas Yale SOM has now hit the 40% threshold with a 1% gain on last year, the proportion at Wharton has dropped from 32% to 31%.

There’s bad news for any aspiring MBA applicants who tremble before the sight of the average GMAT scores secured by students at the top US business schools – they’re getting even higher.

Most of the rises to the average scores seen this year are small – as if intended to slip past prospective students without making a significant impression. Chicago Booth’s is up from 724 to 726, for example, while Columbia and Dartmouth Tuck have both crept up a single point, to 716. However, there have been a couple of notable climbs that mark new record highs – average GMAT scores at Michigan Ross and Kellogg have risen by six and eight points to reach 708 and 724, respectively.

It is quite common for top US business schools to give the range of GMAT scores in which 80% of students’ marks lie as well as the cohort’s average. In the case of the MBA class of 2017, a range of 680 to 760 is reported by three schools – Columbia, NYU Stern and Haas.

So, although these 80% ranges start at 700 elsewhere (at HBS and Wharton for example), there is plenty of hope for those who feel they may struggle to surpass 700 on the GMAT. Having said that, only one of the top 20 US business schools has posted an average GMAT score of under 700 thus far and that is the University of Texas at Austin’s McCombs School of Business, where the average is given as 694. Well, you already knew it was tough, right? 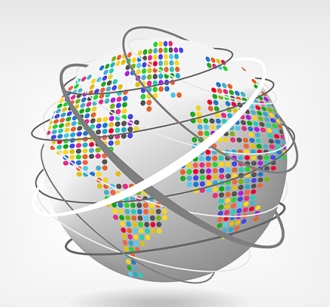 Consulting and finance continue to be the two most common industry backgrounds held by entering MBA students.

For example, consulting is the leading background at Kellogg, Haas and Wharton where it accounts for 25%, 24% and 23% of the class of 2017, respectively. Finance backgrounds, meanwhile, lead with proportions of 25%, 24% and 21% at Columbia, UCLA and NYU Stern, respectively. The leading background at HBS is also one of finance, with 17% of its class of 2017 coming from work within private equity or venture capital.

The average age of new cohorts in the US remains 28 for the most part and five years of prior work experience or thereabouts still looks to be a good general guideline to follow. Going back a bit further - to undergraduate backgrounds - sees economics or business & commerce come out on top at Kellogg, HBS, NYU Stern and Haas, yet engineering is the most common academic background seen at Michigan Ross and UCLA this year.

We round off this synopsis with a few random nuggets of information about this year’s entering MBA classes at the top US business schools.

This article was originally published in September 2015 . It was last updated in June 2019