International Students and the Value of an MBA in China | TopMBA.com
Sponsored

International Students and the Value of an MBA in China

The latest class of MBA students at Guanghua School of Management; in this article, we hear from three recent graduates of the program who came to Beijing as international students
Learn more about studying an MBA in Beijing at Guanghua

Why do international students choose to study their MBA in China? In this article, we hear from three alumni of Peking University’s Guanghua School of Management, each of whom journeyed to Beijing from differing backgrounds – in North America, Europe and Southeast Asia.

One thing these alumni all have in common is that, since graduating, they have all established their own businesses. The way in which an MBA can assist those who wish to pursue careers in entrepreneurship is one commonly cited benefit of the qualification no matter where in the world you choose to study. However, in the story of how they came to study their MBA in China and what they took from their time as international students in Beijing, each of these graduates has their own distinct take.

“Where better to be than in the capital of China?” says Guanghua alumna 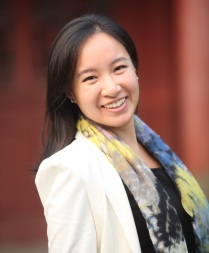 Diana Mak had been in search of a career change when leaving her position as a product manager at Morgan Stanley in New York. She spent the next year working with World Teach, as a voluntary English teacher in Zhuzhou city, Hunan province. Diana, a psychology graduate of Wellesley College in Massachusetts, says that she enjoyed her year in China so much that she wanted to stay on. By this point, she also knew that she wanted to follow up on her interest in entrepreneurship and run her own business. These two considerations came together in her decision to pursue an MBA in China. “I wanted to be a business owner and needed to know the fundamentals of building and running a business,” Diana says, adding that Beijing was, for her, the logical precise destination; “Where better to be than in the capital of China, networking with the best and brightest of local talent?”

Raymond Soon came to China’s capital by taking advantage of Guanghua School of Management’s double degree program with NUS Business School in Singapore – one of 12 offered by the Beijing business school. “I’m from Singapore, so it worked for me. Plus, I had worked in China for a couple of years; I wasn’t new to China but doing an MBA allowed me to appreciate the nuances.”

Gaining a greater understanding of the nuances for doing business in China was also a central reason behind Raphael Lorin’s decision to head from France to Beijing: “I have 40 years of career ahead of me, and China is going to be the biggest economy in the world for those 40 years,” he reasons candidly.

China’s rise to economic prominence on the global stage has naturally attracted the interest of many, in view of the country’s expansive business opportunities. However, Raphael points to the need to strengthen cultural as well as business relationships with those in China and this only serves to emphasize the value of experiencing the country from within. Once there, you might find that opportunities to build bridges between Eastern and Western cultures are plentiful and certainly not something that need be restricted to more formalized settings. 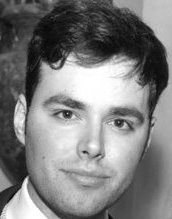 Raphael cites karaoke as one of the most enjoyable parts of his MBA experience, for example. “In France, KTV [establishments offering karaoke rooms or boxes] doesn’t really exist. But after only a week in China, I followed my MBA classmates in my first ever KTV experience. I had no idea how to sing, yet no matter how poor my skills were it was still great fun! Since then, we went to KTV quite often.” This seemingly innocuous anecdote offers a great example of the way in which domestic and international students studying together will always find ways to build friendships outside the MBA classroom as well as inside it.

Even so, it’s the interaction between different nationalities inside the classroom, and the group-work components of the MBA program at Guanghua School of Management, that Diana highlights: “Studying in groups helped me meet people from different walks of life and have a deeper understanding of different cultures, especially my Chinese classmates. This, in turn, helped me to have a better idea about what businesses and strategies work in China, and how businesses can succeed or fail based on case studies of Chinese companies vs. overseas companies.” 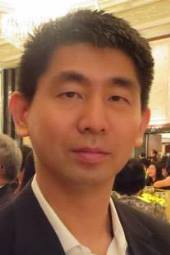 Since graduating from Guanghua School of Management, Diana has succeeded in her aim of launching her own business and now runs Madison Park Weddings, a luxury wedding planning business in Hong Kong. She says that the supportive environment she found on the Guanghua MBA has been critical to her developing, “confidence in presenting myself, my business and my ideas.”

Raymond and Raphael, meanwhile, have both launched companies in the education sector since graduating. Raymond cofounded Mind Asia, an educational technology organization in Singapore which looks to innovation for ways of engaging learners, while Raphael is now CEO and cofounder of the Chinese Institute, YCI Education Group, which focuses on language learning and currently operates several schools in France. “Out of our staff at YCI Education Group, 92% are not French nationals. Without the cross-cultural skills learned during my Guanghua MBA, it wouldn’t have been possible to manage my team and scale up the business with the same speed,” notes Raphael, when reflecting on how he now uses what he learned in Beijing on a day-to-day basis.

Away from the common thread of entrepreneurship, these three graduates of an MBA in China have different highlights from their time as international students in Beijing. When asked to describe life in the Beijing in just three words, each holds the city in a distinct light: Diana opts for ‘Dynamic’, ‘Fascinating’ and ‘Traditional’; Raymond chooses ‘Friendship’, ‘Warmth’ and ‘Opportunities’; Raphael, meanwhile, is content to emphasize just one – ‘Happiness, happiness and happiness!’.

This article was originally published in March 2017 .