ESMT Berlin: Why I'm Going Back to School At 40 | TopMBA.com

ESMT Berlin: Why I'm Going Back to School At 40

A thirst for professional knowledge and understanding more business areas are just two of the reasons Seunghee Cho chose ESMT Berlin for her MBA.

The benefits of an MBA, from networking opportunities to enhanced specialised knowledge, mean that it’s never too late to enter the classroom. While interest in MBAs and other business degrees has grown among younger students, there are still many students on business school campuses around the world who arrive after 10 or more years of industry experience.

Seunghee Cho (pictured) is a candidate on ESMT Berlin’s full-time MBA. But at 40 years old, why is now the right time to undertake an MBA? 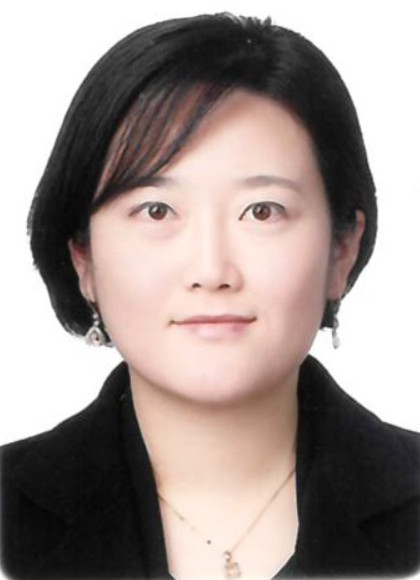 Seunghee studied Business Administration at Pusan National University in Korea. She says she was interested in finance before graduating and sought a job in the field.

She said: “Luckily, I got a job in the corporation finance section of Hanwha Systems (formerly Samsung Thales), known as one of the key companies in the defence industry in Korea, for 16 years.

After that, Seunghee says she changed her career to a financial controlling role and reported financial status for c-level and a shareholder, Thales Group, in France, for five years. She added: “My recent role was analysing the suppliers’ financial statement and found critical risk points, based on the knowledge of financial statements and accounting.”

Although she says she was generally satisfied with her work even though it wasn’t easy to do, she admits she felt some tiredness in her work and a thirst for professional knowledge – but realised she needed some sort of breakthrough.

She said: “I needed to take some time to improve my abilities and know-how of business. This is why I chose ESMT Berlin.”

But why now? She says if she hadn’t embarked on the MBA, she never would have understood other parts of business.

She said: “Looking back on my experience, I was stuck on the finance part of one company and was on the track of a specialist.

“I hardly got the chance to understand the roles of each division and didn’t comprehend the roles and goals of others, like marketing, purchasing, or human resources.”

However, Seunghee says after attending MBA courses and learning from the lectures, she now understands the missions and duties of different divisions. She added: “I believe MBA life helps you understand each part of the company if you want to be a generalist.”

The realities of being a mature student

Seunghee believes mature students give insights into diverse aspects from both a professional and personal standpoint.

She said: “Indeed, mature students are not embarrassed by unexpected cases and give many suggestions to solve problems based on their experiences.”

She admits there can be some restrictions for mature students switching to new career paths. She said: “Their career paths are already well-fixed, and the students have built their work experience well. If they want to change their career paths, it may take more effort and a lot of stress.”

Expectations of the MBA

Seunghee says she’d like to get lots of global experience with classmates from across the world before she goes into the real world.

She said: “I was born, raised, and worked in only one country and didn’t have much overseas experiences.

“However, in my cohort, the students are from more than 20 countries and have diverse experience from different continents. I get a lot of direct and indirect global experiences with them and have time to prepare to work in a multi-cultural way thanks to the MBA.”

Post-graduation, Seunghee thinks she’ll go back to her previous role as a finance controller job as there was still an entry barrier because of academic and practical difficulties, and the programme enhances her ability as a financial specialist. She said: “Accumulating general business knowledge from the MBA programme, I would like to become a company CFO.”

Seunghee says if you’re considering undertaking an MBA course but still hesitating due to your age, to think positively.

She said: “You might be struggling with getting used to returning to school life in the beginning because you have been apart from school life for a long time, but remember that you are still young!”

What is an MBA Clinical Leadership, and is it the right degree for me?

Life As An MBA Student: 9 Things To Know Before Starting

Should You Do a Mini MBA?

Life As An MBA Student: 9 Things To Know Before Starting

Should You Do a Mini MBA?

9 Important Questions to Ask Before Pursuing an MBA