McKinsey Business Analyst on Earning an MBA in Hong Kong

Why one McKinsey business analyst choose to study an MBA in Hong Kong. 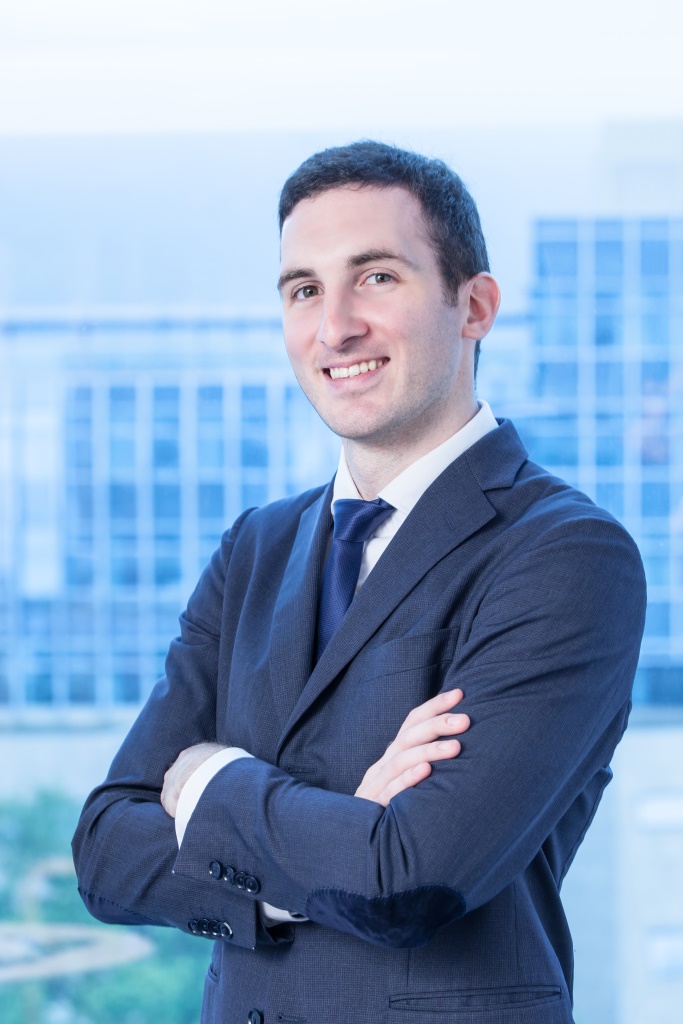 In today’s global economy, MBA applicants face a daunting task. Top-notch MBA programs are offered across the globe. Many are highly ranked in certain specialties. Many can argue a credible case for why you should choose to study there. Yet in the midst of so much noise and articulate accolades from faculty and administration, students often provide the best perspective.

European professionals might not consider earning an MBA in Hong Kong. Flavio De Laurentis thinks they should. We spoke to De Laurentis about why he chose a HKUST MBA, and the experiences that followed.

De Laurentis’ hometown of Brescia, Italy has been called Italy’s ‘industrial capital’. This undoubtedly influenced his career choice. He moved some 100km away (around 60 miles) to the country’s second-largest city, Milan, where he earned a Master of Science in Automation Engineering. After spending a year in Japan working for a large multinational electronic device company, and another year in Italy with a similar company, he joined McKinsey & Company’s Milan Office. To move ahead in the company, there was no other choice. De Laurentis needed an MBA.

Launched in 1991, the Hong Kong University of Science and Technology MBA is ranked as the third-best program in Asia by the employers and academics behind the QS Global 200 rankings.

The HKUST MBA is an aggressively international program, attracting students from two-dozen different countries. Out of a class of 120 students, over 90% are international. As the program’s website points out, “A diversity of cultural, educational and business backgrounds among your peers will allow you to benefit from a range of different perspectives, helping you identify new approaches to business thinking and breakthrough ideas. Cross-cultural teamwork will be a key element of your MBA studies, developing your people management skills by exposing you to the issues that typically arise from cultural and background differences in both the workplace and society as a whole.”

For many, the program’s location is a prime attraction. Hong Kong is an Asia-Pacific hub, almost equidistant between Beijing and Singapore. A former British colony, it is currently a Special Administrative Region of the People’s Republic of China – often seen as a crossroads where East meets West.

For De Laurentis, the HKUST MBA was the best option. “I had three different alternatives,” he explains, “INSEAD in Singapore, CEIBS in Shanghai, or the HKUST MBA. INSEAD is full of consultants and therefore was not really appealing to me; I wanted a school more focused on finance. CEIBS was two years, so it was too long. Furthermore Singapore can't really compete with Hong Kong in terms of lifestyle and the MBA was more expensive. For its focus on finance and China in general, HKUST was perfect for me. Therefore my choice was pretty straightforward!”

McKinsey & Company boasts some 9,000 consultants in more than 60 countries. Everyone from medical doctors to entrepreneurs to people with engineering backgrounds like De Laurentis work with companies to improve their results.

At McKinsey & Company, he worked on a variety of projects. “Broadly speaking, I worked on business planning, strategy definition, financial analysis and process redesign of several large companies across the whole industry spectrum.” He also participated in side projects dealing with M&A deal analysis, operational efficiency and due diligence of target companies. He adds that, “Of course given my previous experience in the electronic device industry and my engineering background, McKinsey & Company staffed me most on client related to the tech industry and, when necessary, on clients operating in the finance industry.”

As his work became more involved, pursuing an MBA became a necessity. “After two years as business analyst you have two choices,” de Laurentis explains, “either you pursue a secondment in a different firm or you pursue an MBA in a school of your choice. I have been dreaming about an MBA since I was 21, therefore for me the choice to take was very clear.” At many companies, an employee would need to keep working while pursuing a part-time or executive MBA. Not at McKinsey & Company. “The firm was very keen on me leaving for one year to pursue the degree and they facilitated a lot in the application process.”

Today, De Laurentis notes, “I'm a full-time student. This was to me the most convenient option since I could finish my study in a relatively short period of time.”

Life in Hong Kong has taken a bit of a hit after John Lefevre’s recently published exposé revealed the bad behavior of expat bankers. Long a popular Twitter user, Lefevre dedicated his book, “To my wife and children. I wrote this for you, on the condition that you never read it.”

Described by the New York Daily News as “Shocking and sordid and so much fun,” Lefevre's stories about high-end banker’s life in Hong Kong may or may not be exaggerated (did he really total a newly purchased Maserati in a race, though).

Still, despite its negative elements, Lefevre’s account highlights an advantage for expats hoping to escape more confining environments. “Hong Kong is nothing like Europe and I understand how some people could easily lose control in this city which some times reminds me of a giant amusement park,” De Laurentis admits. “Digging a bit deeper in the city, though, it is quite clear how things are rapidly changing, I don't think it is anymore a frontier as it was before 1997, nor for businesses nor for individuals coming here in search of the ‘expat dream’ of low taxation, huge opportunities and sky rocket salaries. Competition is much tougher now and if you don't speak Mandarin or Cantonese your opportunities narrow down quite a bit.”

To make the most out of your life in Hong Kong, De Laurentis says, “I believe both businesses and individuals now need a much more thorough planning and creativity to make it into this city.”

For those who prepare, the city can offer numerous rewards. In a recent QS rating of the top student cities, Hong Kong came in tops across the continent. Worldwide, the city ranks number five for students. Described in the ranking as “diverse and dynamic,” Hong Kong is the ideal environment for urban-focused, international students because so many people living in Hong Kong come from somewhere else. Although like many cities average rent is high, public transit, food and many other costs of living are quite reasonable (see the QS Best Student City ranking).

During his time earning his HKUST MBA, De Laurentis says, “I was surprised to notice that I haven't changed that much in all these years, I still have the same flaws and positive traits. The MBA experience can be compared to a mirror, having such a full life puts you in a position where you can't really avoid looking at your self for what you are. From this perspective the MBA taught me a huge lesson, I might not be able to change myself too much, but I can learn to manage myself much better.” He says students hoping to succeed should, “Bond with your classmates as much as you can, you will soon realize that without collaboration is impossible to get the most out of the program.”

De Laurentis will graduate in in November and will return to McKinsey & Company Milan office as an associate. “Concerning my career I don't have a clear focus as of now, my ambition is to build a well-rounded profile, a kind of a cross over between engineering and business in order to maximize and broaden my potential opportunities in the future. During the two years back in Italy I will do my best to get to manager level and after that I will see what options are open, both within and outside the firm. It would be ideal to come back in Asia within my current employer in the future.”

Answers have been edited for length and clarity.

This article is sponsored by Hong Kong University of Science and Technology.

This article was originally published in September 2015 . It was last updated in May 2019

Content writer John began his career as an investigative reporter and is a prolific educational writer alongside his work for us, authoring over 100 nonfiction books for children and young adults since 2000.

ESMT Berlin: Why I'm Going Back to School At 40