Warren Buffett – heralded as many investors’ hero - has always had the ability to capture the imagination of an audience with his mixture of humor and plain speaking.

His annual shareholder speech, alongside business partner Charlie Munger, for multinational conglomerate, Berkshire Hathaway, is renowned for attracting somewhere in the region of 40,000 people each year from far and wide, and has even been hailed as the “Woodstock of capitalism”.

It’s the personalities involved that are the main draw, but it seems that working for one of Berkshire Hathaway’s many subsidiaries also has an appeal of its own – and one that speaks volumes about Warren Buffett’s management style.

This was one of the most striking impressions after a day spent in the company of Warren Buffett and at a selection of his Berkshire Hathaway holdings in Omaha for Sharad Golchha, an MBA student at CUHK Business School, at the end of last month. 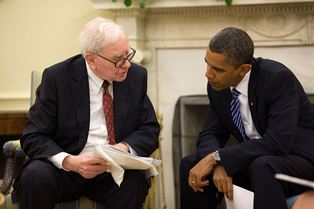 Sharad formed part of a group of MBA students from eight different business schools invited to an event that allowed students to pose questions to Warren Buffett sight unseen.

It also introduced them to the offices of Berkshire Hathaway and some of its subsidiaries, such as Nebraska Furniture Mart – a giant of North American home furnishing retail.

“When we went to all these companies, one thing that was very common was employee satisfaction,” Sharad says. “There were people from his companies who had been there for more than 10 or 20 years and really happy in their work. To be associated with a company for that many years, I think a company must have something and it probably comes from Mr Buffett’s way of management.”

Buffet’s management style was a topic discussed during the Q&A session when questioners asked him to address how he went about making his business decisions at Nebraska Furniture Mart as well as at his various other holdings.

Buffett’s answer – putting trust in his staff and allowing them a high level of independence was something that Sharad considered to be a refreshing stance, and one that that was backed up by what he saw on-site at Nebraska Furniture Mart.

“The family is still managing it [Nebraska Furniture Mart] and that’s a great thing to know about,” he says recalling that Buffett had spoken of his tendency to retain a company’s management even after purchasing an 80 or 90% stake.

Sharad’s own experience is primarily in the world of investment banking, garnered across seven years of working in Mumbai’s finance industry. He joined CUHK Business School’s MBA class of 2015 in search of career progression and with the aim of expanding his skillset for managerial opportunities within Asia.

Although he’s coming to an end of a term spent - as part of an international exchange - at London Business School, Sharad chose to study in Hong Kong because of the exposure to China it offers. He’s also been trying to gain proficiency in the language during his MBA – no mean feat considering the day-to-day undertakings required of a full-time MBA student.

“I was particularly interested in China and that’s why I chose an MBA in Hong Kong to get that exposure to the Chinese economy. I come from India and in Asia, these two economies are, and will be, very critical in the future,” Sharad explains.

CUHK Business School was the only Asian business school in attendance at the Warren Buffett event, which put a different spin on the questions its MBA students asked of the Berkshire Hathaway CEO. 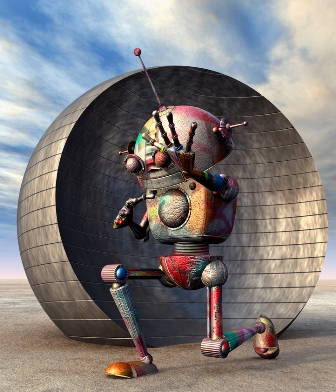 Collectively, the CUHK MBAs asked what he thought of the Alibaba Group (Jack Ma’s e-commerce firm headquartered in Hangzhou, China) and tech-orientated companies as whole.

Perhaps disappointingly for the questioners, the wily 84 year-old Warren Buffett showed little interest, somewhat reiterating the stance he has already shown towards social media giants and the difficulty he sees in estimating their future value: “He demonstrated very clearly that he doesn’t want to invest in technology stock,” Sharad says.

CUHK Business School’s other allotted question focused on the worst investment decision he had made – to which he has given a range of answers in the past. Here, he named a company where his firm’s stock would be worth US$3-4 billion at today’s prices - were it not to have gone bust.

However, paying heed to his audience of future business leaders, Warren Buffett focused his answer on advising the MBA students not to get hung up on a mistake but rather, as Sharad recalls: “to learn from the mistake and move on.”

Berkshire Hathaway CEO asserts belief in strength of US economy

With an overwhelming majority of MBA students from US business schools in attendance, US affairs were a natural feature in many of the questions posed by schools other than CUHK Business School.

Sharad recalls in particular Warren Buffett’s defense of the US’s systematic strength as a nation at a time when the economy has been showing signs of recovery.

Indeed, his belief in backing the US economy was seen to be paying off when Berkshire Hathaway’s net income hit a record high of US$6.4 billion in 2014’s second quarter, something that it has since followed up with US$4.7 billion in the third quarter.

Meanwhile, in response to a question about whether the US’s debt-to-GDP ratio was too high right now, Buffett simply pointed out that when he started investing the level was around 120% and far higher than the 75-80% seen in 2014.

Overall, Sharad found much that he could take from the students’ chat with Buffett. Not least, the energy and enthusiasm of a man who he felt was just as unassuming as he is often portrayed – pointing to his total lack of an entourage – in the shape of security or even assistants on hand to help him handle the level of questions put forward by MBA students.

“I wish we can continue having that kind of energy and humility when we gain a bit of success in our lives,” says Sharad.

This article was originally published in December 2014 . It was last updated in July 2019

My First MBA Semester During the Coronavirus Pandemic

Dealing with Depression at Business School