The coming of MBA graduation day - most commonly referred to as MBA commencement – for US cohorts is marked, as is the country’s custom, in a big way. As part of the ceremonies, graduating students are sent into business battle on a tide of empowering and inspiring words supplied by their schools’ choice of keynote speaker, many of whom will be MBA alumni and a great number of which will possess their own ties to the institution.

Back in February, Stanford GSB announced its MBA commencement speaker this year to be Mary Barra – an alumna of the school who, as CEO of General Motors (GM), has been named as the most powerful woman in business. Yes, that sets a pretty high benchmark for others to follow, but high-profile business schools in the US won’t be outdone easily.

In this first part of a roundup of what’s in the offing for MBAs finishing up with the class of 2016, we find that female finance leaders and those working in the automotive industry are popular choices for this coming MBA graduation day… 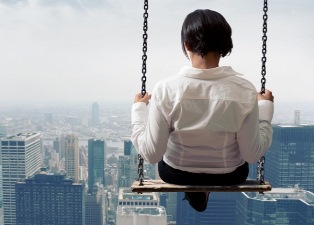 Over in California, UC Berkeley-Haas will, like Stanford GSB, also welcome an MBA alumna back onto campus.

Carrie Dolan was the first CFO at Lending Club and has presided over a growth in revenue from US$2 million in 2010 to US$81 million in 2015, via a successful IPO in 2014, for what is now held to be the world’s largest peer-to-peer lending company. Last year, Dolan was named just outside the top 10 in American Banker’s listing of the most powerful women in the finance industry. Prior to joining Lending Club, she held senior finance roles at Charles Schwab and Chevron. She graduated from the Berkeley-Haas MBA in 1997.

Berkeley-Haas dean, Rich Lyons, paid tribute to Dolan’s “willingness to take a risk, break into an emerging industry, and support the advancement of women in finance,” in the school’s announcement of its MBA commencement speaker this year.

The financial services, meanwhile, underwent a recovery as an industry destination for last year’s Berkeley-Haas MBAs – 15% of the class of 2015 took jobs in finance, up from 12% in 2014 and returning to the level seen in 2013.

At Wharton, MBA graduation day also features a female CFO and alumna of the school as 2016’s keynote speaker.

Ruth Porat joined Google’s recent parent company creation, Alphabet, last summer – not long before a fellow Wharton MBA was named CEO of the new slimmed-down Google. Prior to that, Porat spent five years as CFO and executive vice president of Morgan Stanley, a company she first joined in 1987 – the year she graduated from Wharton.

The school’s dean, Geoff Garrett, references the role she played on Wall Street during the financial crisis when she led a team that provided advice to the US treasury in relation to public mortgage bodies known as Freddie Mac and Fannie Mae:

“From her role in calming nervous global markets in 2008 to her leadership in last year’s Google-Alphabet transition, Ruth’s successes at the very highest levels on Wall Street and in Silicon Valley are inspirational for this year’s MBA graduating class.”

Finance careers remain a popular choice for MBA graduates of Wharton - 37% of its class of 2015 accepted offers from companies in the financial services to complete their first post-MBA job search.

The first man to feature in this roundup is the former Twitter CEO, Dick Costolo, who is to provide the PhD and full-time MBA commencement address for Duke University’s Fuqua School of Business. Unlike our examples above, Dick Costolo is not an MBA alumnus of the school but a computer and communication sciences graduate of the University of Michigan.

Even so, a man the school describes as a serial entrepreneur is sure to be a popular choice among the Duke MBA cohort for his experiences both at Twitter and as founder and CEO of FeedBurner prior to this. Costolo recently became a partner with San Francisco VC firm, Index Ventures, and is now pursuing a new startup in the arena of personal fitness. Last year’s departure from Twitter, meanwhile, is thought to be linked to Dick Costolo’s frustrations with the high expectations held by Wall Street since it debuted as a public company in 2013 – expectations it has supposedly failed to live up to.

Technology services continue to interest Duke MBAs, with 18% of those leaving the school last year pursuing job opportunities in the sector. However, only around 1.4% of its class of 2015 reported starting their own company immediately upon graduation.

NYU Stern’s keynote speaker this year is an MBA alumnus, but of Harvard rather than the school he will address in May. It is now approaching 15 years since the speaker in question, Jeffrey Immelt, became CEO of GE (General Electric) – a firm he first joined in the year of his own MBA graduation.

In that time, Immelt has been named among Barron’s annual listing of the ‘World's Best CEOs’ on no less than three occasions, while GE has helmed Fortune’s list of the US’s most admired companies. He can also be found in the top 10 Fortune 500 CEOs with an MBA list put together on TopMBA.com last year.

However, as NYU Stern’s latest crop of graduating students prepare to emerge from the challenges of the MBA experience, it’s nice to know that even a leader as experienced and established as Immelt can still relate to the demands of the degree: “There are times you do feel overwhelmed from the standpoint that it’s midnight, I have another case to read, I don’t really understand the subject material, and you say, ‘Gosh, what am I going to do?’” he once told CNBC in an interview. It is therefore fairly safe to assume that he will have the utmost respect for NYU Stern’s freshly-minted MBAs during a graduation ceremony that is to be held at Madison Square Garden.

Read an interview with MBA alumnus and senior product manager at GE, Jeffrey Mowris, on what the company is looking for in its graduate hires. 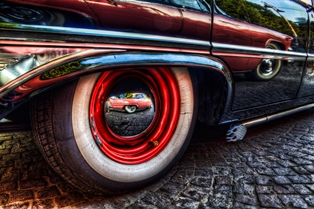 The University of Michigan Ross School of Business is also turning to an MBA alumnus of Harvard for its commencement speaker this year and Ross’ graduating students - like those at Stanford GSB – will be gearing up for a perspective offered from one of North America’s ‘Big Three’ in the automotive industry.

Mark Fields, CEO of Ford Motor Company since 2014 is Michigan Ross’ commencement speaker and the 55-year-old will certainly be able to offer its class of 2016 a wealth of industry experience. Fields has been with Ford since 1989, rising to c-suite status at the turn of the millennium, and before the age of 40, when he served as president and CEO of Mazda for two years during the height of its partnership with Ford. He was named a Global Leader of Tomorrow by the World Economic Forum in the same year and picked up an Asia Business Leaders Award from CNBC for innovation a year into the role.

Fields stepped up to become president of Ford’s Americas division in 2005 and COO of the corporation as a whole in 2012. Michigan Ross’ choice of MBA graduation speaker this year is also currently chairing the US-China Business Council and, at the start of this year, was elected to IBM’s board of directors. Plenty of ground for him to cover, one would think, at a Michigan Ross ceremony that takes place at the end of April.

This article was originally published in April 2016 . It was last updated in July 2019