QS Scholarship winner, Pulton Leung, became a career mentor because he believes he would have benefited from having someone to provide him with career guidance and support in his younger days
Learn about the QS MBA Scholarships

“I have always sought opportunities to impact and change situations for the better in the local community,” states Pulton Leung, a QS Community Scholarship winner in 2016. Through mentoring others, Leung has realized his ability to make a difference, which is what he plans to continue doing by starting a social entrepreneurship venture in Puerto Rico. In the meantime, he will be pursuing his MBA at Emory University’s Goizueta Business School.

Becoming the mentor he never had 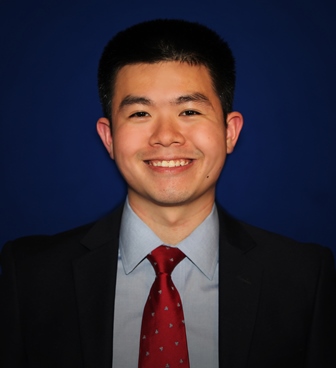 As is the case for a number of undergraduate students transitioning into the workforce, Leung says he faced “many issues and challenges” as he tried to decide on his life’s purpose and career goals. After getting his bachelor’s degree in finance and economics from NYU Stern, Leung went on to work at the Spanish banking group, BBVA, first in a rotational program and then in its financial institutions and financial sponsors teams. Yet, Leung's winning scholarship essay detailed a belief that he “would have greatly benefited from having a mentor to provide me with guidance and support throughout my college years.”

In 2014, Leung started volunteering for the Ascend NY Metro Student Mentoring program, which helps Pan-Asian students become business leaders. When a co-worker suggested he join the program, Leung knew it was an opportunity to give back to his community by being the kind of mentor he wished he had had access to during his undergraduate days. Like Leung, his mentees were bright and ambitious but struggled to turn their dreams into reality. Leung used his undergraduate experience as a way to relate to his mentees - two master’s students and one sophomore - each of whom was looking to develop careers in the fields of finance and accounting. “I understand how nerve-racking and gruelling the job recruiting process can be for many students, particularly for those without access to the right information or networks.”

In his mentoring role, Leung acts as a life coach for students who are looking to become future leaders. In addition to providing one-on-one guidance, Leung conducts mock interviews, critiques résumés, gives networking advice and helps his mentees build their industry knowledge and technical skills. He has helped two mentees land summer internships while the other is making progress with her full-time job search. One of Leung’s proudest moments as a mentor was when a mentee called to thank him for the hours he spent preparing her for the interview which landed her a summer internship in the area of data strategy at Dow Jones.

Giving back to the Puerto Rican community through social entrepreneurship

“My enriching mentoring experience shaped who I am today. It made me recognize I have the ability to make a difference in the lives of others and I am not going to waste it,” states Leung. Making a difference in the lives of mentees helped Leung realize that he could also make a difference in other areas, including his Puerto Rican homeland. The US territory has the highest unemployment rate in the country as well as its lowest labor-participation rate. “I have always wanted to give back in a meaningful way to the local community that has given so much to my family. It saddens me greatly to witness the suffering of members of the Puerto Rican diaspora and locals that are caused by a broken economy,” says Leung.

Leung’s long-term, post-MBA career plan is to become a social entrepreneur in Puerto Rico. Specifically, he wants to “work with the local government to attract investments from corporations and create more employment opportunities for highly skilled professionals, particularly among the youth.”

Why did Leung choose to get his MBA at Goizueta?

Leung has decided to get his MBA in order to fill gaps in his skills and knowledge in the areas of leadership, social net impact, entrepreneurship and marketing. He also plans to use his MBA to build his network and grow both personally and professionally.

As part of his MBA journey, Leung attended the QS World MBA Tour to learn about different MBA programs and meet admissions officers in person. “The main benefit of the event was establishing contact points with admissions teams which helped me decide which business schools best matched my personality and would help me reach my professional goals.”

Leung plans to concentrate on upping his strategy and marketing expertise, since he believes that this will complement the skillset he developed during his undergraduate program and post-college career. “By taking specialized coursework in those two disciplines, I hope to become a more well-rounded and dynamic entrepreneurial business leader that can further add social impact to local communities,” states Leung.

Leung gives three reasons for choosing to attend Emory’s Goizueta Business School. Firstly, he was impressed by the MBA program itself, arguing that it "generates results, as evidenced by strong FT and internship employment data.” He was also attracted to the Goizueta MBA's relatively small class size, something he feels is conducive to a tight-knit atmosphere and a greater availability of leadership opportunities. Lastly, Leung was keen to live in Atlanta, the state of Georgia's most populous city and one which has acquired the nickname, 'Hotlanta'.

While attending Emory, Leung says he plans to continue mentoring students and also hopes to find time to work on his social entrepreneurship venture.  “I would love to start laying the groundwork and developing my network to make all of this achievable and sustainable.”

For Leung, the key to MBA scholarship and admissions success is to “show your authentic personality and be genuine in your essays and applications!”

He also advises MBA applicants to stay focused throughout the whole process, which includes doing your own research. “MBA rankings are subjective, so when selecting a MBA program, remember that fit and school culture are important. Do not be afraid to reach out to current students and alumni to learn more about MBA programs.”

Learn about the QS MBA Scholarships