Discover the 10 top US business schools

This year, QS’s annual report into the top 200 MBA programs around the world has been widened to encompass the opinions of academics, as well as those of international recruiters.

The remaining 15% comes from a second survey, reflecting the opinion of over 7,000 academics in the field of business and management.

Three-way tie at helm of top US business schools

Because of the change in structure, movement among the top 10 business schools in the US was always likely to be more pronounced than usual – but would anybody have predicted that it would lead a three-way tie at the ranking’s helm?

Harvard Business School (HBS) is first of the three top US business schools tied at number one in this year’s MBA rankings – each of which received maximum scores from both the international recruiters and business academics surveyed.

HBS was the birthplace of the MBA degree as well as the case study method that is a central MBA teaching approach taken by many leading schools. Of course, in last year’s MBA rankings HBS had this spot all to itself, so it will be interesting to see whether the tie this year is a sign that its hold at the helm of the top US business schools is slipping. 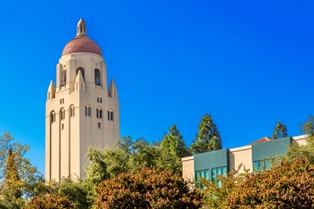 The second school to hit the highest possible marks in both survey segments in 2014/15’s MBA rankings is Stanford GSB. It has been typically associated with the thriving tech scene in the US by dint of its proximity to Silicon Valley – the area that has now lent its name to a number of worldwide impersonators (from London’s Silicon Roundabout to Berlin’s Silicon Allee, for instance).

However, this year the percentage of Stanford GSB graduates heading into the tech sector actually fell to 24%, from 32% in 2013. Nevertheless, its evidence of the school’s prestige that this single statistic, combined with a similar one from HBS, had people wondering whether the tech bubble in the MBA market had burst (spoiler alert: it hasn’t).

1= The Wharton School, University of Pennsylvania 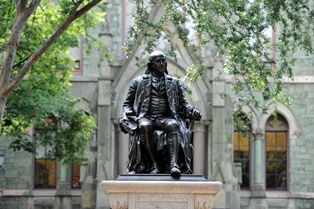 Third, simply for alphabetical purposes, among the joint leaders of the top US business schools is Wharton, which also posts maximum scores from both the academics and international recruiters that formed this year’s MBA rankings data.

Wharton was the world’s first collegiate school of business and, with a legacy of excellence in the realm of finance, is a traditional lynchpin in the upper echelons of MBA rankings. The school did, however, raise a few eyebrows this year with its appointment of new dean, Geoffrey Garrett, who discussed his plans for the school’s future here on TopMBA.com. 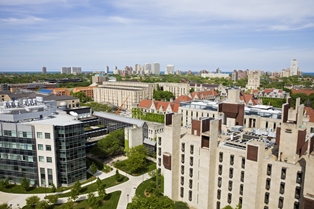 The change from a one-two-three to a three way tie doesn’t affect Chicago Booth, which stays put in fourth place this year.

The second oldest business school in the US came out as a clear winner among its peers for the level of influence held by its faculty in a 2014 Thomson Reuters report, and recently announced the launch of a new innovation hub. Chicago Booth is also home of the world’s first executive MBA program, and in 2014 shifted its Asian base of operations for the school’s present-day 21-month EMBA from Singapore to Hong Kong – a program also offered from its European headquarters in London. Seven Nobel Prize winners have served on its faculty. 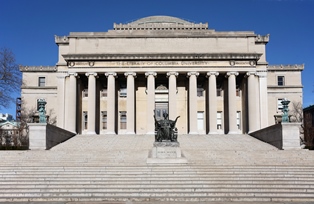 Trading places with the Kellogg School, Columbia Business School now stands fifth in this year’s list of the top US business schools. Situated in New York City, the school enjoys strong links with MBA employers based in the locale, not least those on Wall Street (value investing is a particular strongpoint at the school). To give back to the city it loves, Columbia Business School held a student-led community project earlier this year. 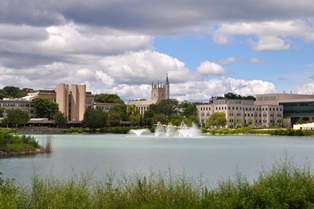 Although the Kellogg School is down a place in this year’s MBA rankings, it received a maximum score from international recruiters – the segment on which 85% of the final standings are based.

The school is held in particularly high esteem by employers in the world of marketing and conducts an annual review of the advertising that intersperses national coverage of the US Super Bowl. Based in Evanston, Illinois, the Kellogg School has additional campuses in downtown Chicago, and Miami, Florida. 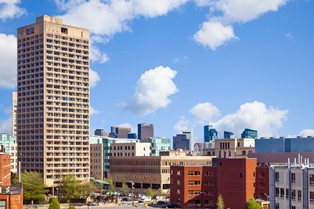 MIT retained its place at the top of this year’s QS World University Rankings® 2014/15 and in the world of business education the MIT Sloan School of Management has gone up two places in our list of the top 10 business schools in the US – undoubtedly aided by the maximum score it received in the new academic portion of QS’s MBA rankings, worth 15% of the final standings this year.

The award of the 2014 Nobel Prize in economics to Jean Tirole ensured that MIT Sloan has been home to another celebrity economist, adding to the likes of Black, Scholes and Merton – creators of everyone’s favorite business theorem (is it really that special? Apparently so). 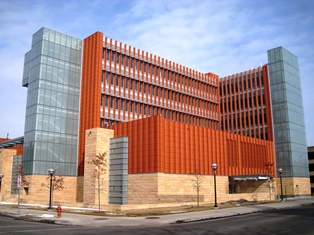 In a year in which development plans at the Ross School have compelled the University of Michigan to relocate a tree dating back two centuries, the school also becomes the first of this year’s two new entries to the top 10 business schools in the US, moving up three places from 11th this time last year.

The Ross School offers weekend, evening and global MBA program formats and is based at the University of Michigan’s Ann Arbor campus, which recently topped a list of the US’s most educated cities. 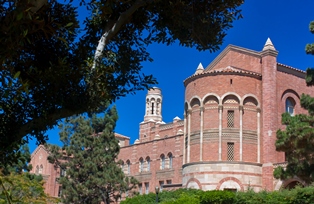 Los Angeles is home to the next of our top US business schools, but in ninth place, UCLA Anderson has dropped two places this time round.

Its south Californian location makes it a good place to explore the emerging possibilities presented by markets in Latin America and, alongside its traditional full-time offering, UCLA Anderson now offers an executive MBA in conjunction with Chile’s Universidad Adolfo Ibàñez (UAI) – a new entry in this year’s MBA rankings for Latin America. 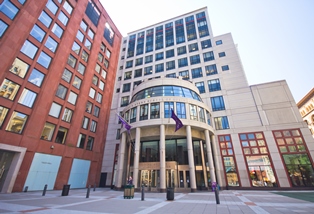 Rounding off our list of the top 10 business schools in the US is NYU Stern – the second new addition to this year’s top 10 and the year’s biggest climber after rising from 14th position in last year’s rankings.

NYU Stern, known for its excellence in finance, has a strong tilt towards research – the school boasts three Nobel Prize winners among their active faculty ranks and launched a new globalization research center earlier this year.

For a breakdown of the demographics, including GMAT averages and proportions of international students, on every MBA program featured here as well outside of the top 10 business schools in the US, download the report in full for free.

This article was originally published in November 2014 . It was last updated in March 2021

The 2014/15 edition of the QS Global 200 Business Schools Report is out now!
MBA program articles