Life in Beijing as an International MBA Student | TopMBA.com
Sponsored

Life in Beijing as an International MBA Student

Beijing is at the epicenter of so many of the developments taking place in present-day China. Even if you don’t have existing links to the city or country, you’ll almost certainly know of its importance to the global economy. China accounted for around 17% of world GDP (measured on a purchasing-power-parity basis) in an IMF estimate towards the end of last year, for example. In addition, there are now 103 companies based in China in the most recent Fortune Global 500 list, more than can be found in any country other than the US. The top three among these companies (posting annual revenue around the US$300 billion threshold) are, incidentally, all based in China’s capital city of Beijing.

Dario Jannuzzi hails from Italy and started his life in Beijing as an international MBA student after a five-year stint in Hong Kong in which he became convinced that, “understanding China deeply would be a rare asset for future career opportunities.” Dario, who attends Peking University’s Guanghua School of Management, is one of a growing number of people who are hoping to advance their careers by taking an MBA in China and focusing on business in a country teeming with fresh ideas and opportunities.

However, for others, the cultural differences and process of acclimatization one might encounter when switching, say, from life in a Western city to life in Beijing can quite naturally be a point of concern. This might explain why an MBA in China was only under the consideration of around 8% of prospective MBA students around the world, among those who responded to the QS Applicant Survey 2015.

Having said that, a three-week holiday was enough to spark London-born Miatta Momoh’s sense of intrigue about the prospect of taking this leap for her MBA. "I was positively overwhelmed by Chinese people's work ethics and Chinese culture," she says now.

Miatta, like Dario, is an international MBA student at Guanghua School of Management – a top-tier research school in Asia-Pacific, according to the QS Global 250 Business Schools Report 2017. Here’s what they have to say about how they have found life in Beijing, both inside and outside of the classroom…

Life in Beijing: Outside the classroom 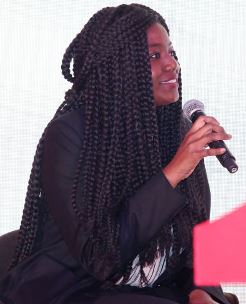 “The thing I enjoy the most in Beijing is the food. Being exposed to an infinite array of Chinese cuisines and local dishes is filling the void created by being far away from Italian food in my home country,” says Dario, adding that there is a, “wide choice of restaurants on campus.” If you’re not a self-confessed foodie, the quality of sustenance on offer from your immediate surroundings when attending business school may not seem wholly significant, but it’s one that can play an important role in a person’s wellbeing.

Miatta, meanwhile, says she is enjoying spending time in Beijing’s hutongs – historic alleyways most often formed by lines of traditional courtyard residences, “where you can find an array of shops, art, food & drink, and much more, in what feels like a secret world.”

There’s no point in trying to ignore the fact that Beijing often makes international headlines for its pollution levels, and this is something Miatta concedes as disliking. “There have been more than a few other culture shocks,” she adds. However, the city’s merits more than make up for these points of potential concern, in her estimation. “No place is perfect…as well as the pollution, there is also an entrepreneurial spirit in the city air – there are so many compelling activities taking place and people are being bold with innovative business ideas.”

Life in Beijing: Inside the classroom

“No day is the same,” says Miatta of life in Guanghua School of Management’s MBA program, although she suggests that, on an average day, one can expect, “a mix of at least two three-hour lectures and an opportunity to collaborate on team case-study assignments, as well as presentation projects.”

Outside of lectures and groupwork, Dario highlights the number of events that also take place as part of the program. “Every week we get involved in activities such as campus talks, seminars, company visits etc. Literally, I have to check the pictures on my phone to help recall everything I went through during these months!”

‘Marketing in Emerging Economies’, a course run jointly with faculty from the Wharton School in the US, is picked by both these international MBA students as being their favorite module to date. “It was particularly interesting to understand more about ‘mega trends’ in China and how lifestyles are changing for current and future generations,” says Dario, adding that, “the course provided both schools with an extraordinary chance to network and make friends.” Dario is keen to build a network in the US and for this reason he will be opting to take a semester (term) abroad at the Kellogg School of Management – one of 59 partner institutions at which single-semester exchange programs are on offer to all Guanghua’s domestic and international MBA students.

For Miatta, the three-day course with Wharton was also able to tap into her plans for after graduation. “It reconfirmed why I want to enter the e-commerce market, which was described as an exciting battlefield in China by one of the week’s guest speakers,” she enthuses.

Progress and plans for after the MBA in China 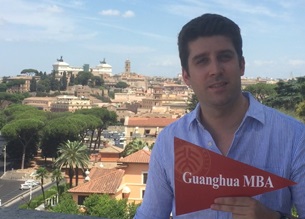 Six months into the program and Miatta sees her future in entrepreneurship. “My business plan is to be a unique consulting house that helps leverage digital media and e-commerce budgets spent in China and Africa for the most innovative campaigns,” she says of her plans to establish her own media agency before adding; “this business will also create positive social change in China and Africa.” In getting to this stage in her thinking, Miatta is grateful for her experiences at Guanghua School of Management to date: “Teamwork with a class that covers the globe has helped personal development as I learn from different cultures, as well as the varied experiences classmates have lived.”

Dario is also pleased with the progress he is making when it comes to self-development and, in particular, building leadership skills. “I hope to improve two areas of my personal weaknesses; public speech and effective communication skills,” he says, setting himself a goal to achieve by the time he graduates. He feels sure that his decision to study an MBA in China will prove to have been the right one. Noting, “the crucial role China will play for the next decades in the world economy,” Dario speaks of the competitive advantage he feels having a focus on business in China can bring in his future career.

As well as providing a valuable area of focus, present-day China can also serve as a source of inspiration. “Seeing China’s rapid growth and development firsthand was very thrilling and started to motivate my own ambition of becoming an influential future business leader,” Miatta says, referring back to the holiday that sparked her desire to study an MBA in China, before adding, “Guanghua manages to capture that same optimism that my first experience in China conveyed.”

This article was originally published in March 2017 . It was last updated in April 2017