Six of the Best: MBA Class of 2017 Commencement Highlights | TopMBA.com

Six of the Best: MBA Class of 2017 Commencement Highlights

Commencement (graduation) celebrations are an opportunity for MBA graduates to hear the thought-provoking and inspiring words of distinguished business leaders, alumni and fellow classmates

As graduation (commencement) season for the MBA class of 2017 in the US nears its end, here are some highlights from the ceremonies and events held at a selection of six of the US’s top business schools. As you’ll see, commencement (or ‘investiture’ or ‘convocation’ to list a further two names by which these ceremonies are known) are an opportunity for MBA graduates to leave business school not just with diplomas, but also with the thought-provoking and inspiring words of distinguished business leaders, alumni and fellow classmates fresh in their minds.

Tuck School of Business at Dartmouth 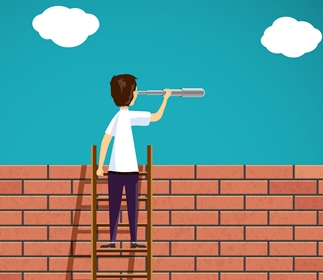 Stacy Brown-Philpot, a Stanford MBA who headed up Google’s sales and operations provided the principal address at the Tuck School of Business’ graduation ceremony. Brown-Philpot left Google in 2013 for TaskRabbit, an online marketplace for freelance labor and of which she is now the CEO. Her talk encompassed the subject of race relations in the US, as she noted how she was affected by the July 2016 shootings of two black men, Alton Sterling and Philando Castile, by police officers. “I realized that part of who I am is a black CEO,” she recalled before explaining that the very same week she discussed what it’s like to be black in the US during her company’s staff meeting – a space normally reserved for highlighting accomplishments.

Tuck’s MBA class of 2017 student speaker, Courtney Miller, left a decade-long career in the US Army to come to business school and drew on her past experiences when sharing two crucial leadership lessons she had learned during the program: Firstly, that the best leaders do not put up walls; they take them down. Secondly, that seeing people as one dimensional, without appreciating their unique past and personal history regardless of their status, does a disservice to them and to yourself.

MBA class of 2017 members in attendance at last week’s convocation ceremony at MIT Sloan were told to embrace, rather than shy away from the tough tasks in their future careers by student speaker, Leslie Tillquist Martin: “We need to say, ‘it’s me’ to the daily slow chug of improving on the status quo in how we treat each other, the workplaces we create, the companies we fund.”

The underlying essence of these words were echoed by MIT Sloan’s dean, David Schmittlein, as he told graduates, “I am confident that you will achieve professional success, but the world will need more than that from you.”

Wharton’s MBA graduation ceremony this year featured Yuri Milner, an alumnus and founder of internet investment firm, DST Global, which has counted WhatsApp, Airbnb and Alibaba among its portfolio of investments.

However, student speaker Dante Pearson is said to have stolen the show with a speech (which you can see here) that applied his experience of being on the Wharton MBA’s waitlist to the realities of life after business school. 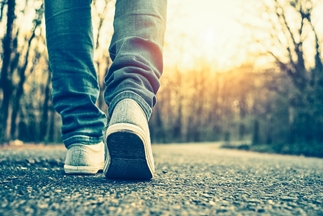 CEO of Deloitte US, Cathy Engelbert, talked about the ‘the big stuff in small moments’ in her keynote address to MBA graduates of Duke University's Fuqua School of Business. An accounting graduate of Lehigh University (which features in this year’s online MBA rankings), Engelbert is at the helm of around 80,000 professionals in the US and left the MBA class of 2017 with this moral:

“From moment to moment, you never know how the big picture’s going to turn out. In my experience, if you keep the faith and keep at it, you can enjoy the journey because it’s the journey overall that defines you, not any single part of it.”

“We encourage you to be mindful of your responsibility as leaders at a time when businesses must work to rebuild public trust,” Harvard Business School’s dean, Nitin Nohria told MBA graduates at this year’s commencement ceremony.

The keynote address came from Harvard Business School (HBS) alumnus and owner of the Atlantic magazine, David Bradley, who stressed the need for graduates to adapt to the ups and down that will come in their future careers. The ‘ups’ should be handled, “with some modesty and ‘impersonalization’ of your success,” and the inevitable setbacks with, “humor, bemusement, self-deprecation, and a sense of moving on.”

Student speaker for the MBA class of 2017 was Andrew Cone, who will be moving on from Harvard Business School to the Whitney Museum of American Art as an HBS Leadership Fellow before taking on a role in London with consulting giant, McKinsey. Cone, whose academic background in history of art and architecture demonstrates the diversity found in today’s MBA classes, spoke of the seismic shifts taking place in the way different voices are being heard and represented across the world: “Evermore intertwined economic and political interests affect the societies we live in, the businesses we work in, and the people we love.” It’s also worth noting that two MBAs joined other graduate students from across Harvard University in speaking at an additional, ‘Black Commencement’ ceremony held for the first time this year, about which you can read more here.

This coming weekend (June 17) will see the former US Secretary of Commerce, Penny Pritzker, deliver the keynote address to MBA graduates of Stanford GSB. A central member of the economic team under the administration of Barack Obama, Pritzker coupled an MBA from Stanford GSB with a JD degree from Stanford University.

Prior to her time in public office, Pritzker started five companies and led businesses in a number of sectors and, indeed, in her role as Commerce Secretary, a key focus was to provide businesses and entrepreneurs in the US with the tools they need to grow and hire. “Her robust experience in both the private and public sector, and her deep commitment to entrepreneurship will undoubtedly provide unique and inspiring insights to the graduates,” said Stanford GSB’s dean, Jonathan Levin ahead of the event.

Why Diversity Matters for Stanford Graduate School of Business

Leadership Development and the EMBA Experience

8 Books All Aspiring Leaders Should Look Out For in 2021

8 Books All Aspiring Leaders Should Look Out For in 2021