A Guide to the World’s Best Online MBA Programs in 2017 | TopMBA.com

Click here to read about the top online MBA programs according to the QS Online MBA Rankings 2020.

If you’ve decided that an online MBA is the right format of the qualification for you, to which business schools should you turn?

The QS Distance Online MBA Rankings 2017 show that there are now more established and reputable online MBA program options available than ever. A total of 40 programs feature this year, up from 30 in 2016. These programs represent business schools spread throughout the world – from the US and Latin America to Europe and Asia-Pacific.

Here’s a quick rundown of where you can find the world’s leading online MBA programs this year, followed by an analysis of what you can expect from those listed in the top 40. This encompasses some essential considerations, such as price, years since a program’s establishment and the average level of experience held by current participants.

Where to find the top online MBA programs

The US: 55% of this year’s entrants in QS’s online rankings are available through business schools based in the US. They are led by Indiana University’s Kelley School of Business, which takes third place overall this year.

Europe: The world’s top two online MBA programs are offered by schools based in Europe and, in total, 30% of programs ranked this year are available through European-based providers. The UK has the region’s highest number of representatives, with eight. However, it is Spain’s IE Business School which leads this year’s ranking overall, ahead of the UK’s Warwick Business School.

Latin America: There’s one representative from Latin America this year in the shape of Peru’s CENTRUM Católica Graduate Business School, which places inside the rankings’ top 25.

What to expect from programs in QS’s online MBA rankings 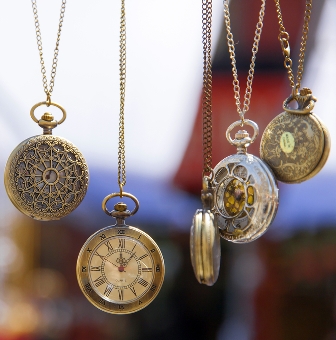 Mindful that online delivery is a tricky thing to get right, QS’s rankings reward those online MBA programs that have firmly established themselves in the market. Part of this measure lies in the number of years’ experience an institution has in offering this form of flexible and remote study to prospective MBA students. The average program in this year’s rankings was established in 2002 and, therefore, has over a decade of experience in the format under their belts.

If you’re looking for one of the format’s pioneers, you might want to consider five schools that offered forerunners to their current versions of the degree in the 1980s. Yes, long before most people had email! With the exception of Australia’s Deakin Business School, these five distance-degree pioneers are largely UK-based: The University of Strathclyde, Warwick Business School, Durham University and the Open University (which describes its program as international rather than UK-based) are the other four.

At the opposite end of the spectrum are five schools that have launched their online MBA programs in the last five years, including the University of Utah, the University of Otago and La Trobe University, all of which are new entries to the QS Distance Online MBA Rankings 2017.

While a lengthy history of establishment will be reassuring to many candidates, a new program can give a school the clean start it needs to utilize the latest teaching approaches and technology in its online MBA education. 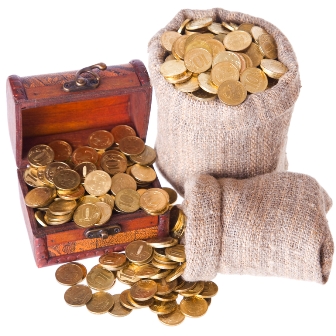 The average cost of a top-ranking online MBA is approximately US$39,000, among the 40 programs listed in the QS Distance Online MBA Rankings 2017. As one might expect, some programs cost more than others and this often relates to the country market in which they are offered. The question facing the prospective student is whether a low-cost option is of overriding importance or, conversely, whether a substantial price would reassure as to the quality of a program.

The program offered by India’s Amity Directorate of Distance and Online Education is the cheapest among the prices listed in this year’s rankings, at US$5,000. A further nine are priced at US$25,000 or less, including the programs available at Aberdeen Business School, Robert Gordon University in the UK and the University of Wisconsin MBA Consortium in the US, which operates under a partnership of four schools within the University of Wisconsin System.

There are 10 programs priced over US$50,000 (accurate to the time at which the data for the rankings was taken) all of which are offered by schools based in the US. The most expensive program of all is that offered by the George Washington University School of Business. There, total tuition is over US$90,000 and isn’t far off the cost of its full-time, on-campus degree in Washington DC.

Level of experience among the cohort

Online MBA programs tend to attract students with a greater level of existing work experience than full-time programs. This is because their flexibility often suits a slightly older clientele, who have personal and/or professional commitments that rule them out of study options that would require them to study on campus regularly and/or put their careers (and salary) on hold for the duration of the degree.

Online MBA students hold an average of 10 years of prior work experience, among the world’s top 40 online programs listed in the QS Distance Online MBA Rankings 2017.

The most experienced cohorts to be found at the time of the rankings’ data collection were at the University of Otago Business School and the University of Bradford. At each, class members held an average of 17 years of prior work experience. At the other end of the scale, with an average of four years of existing work experience, we find Amity Directorate of Distance and Online Education and Suffolk University’s Sawyer Business School in the US.

In-person and campus elements of an online MBA

Many, but not all, top-ranking online MBA programs ask that its students come onto campus at certain stages in the program. This is meant to be to the students’ advantage, as it allows for the kind of in-person interaction with fellow classmates and faculty that is difficult to replicate in a virtual setting. However, any such requirements could conceivably pose difficulties for some prospective students, no matter how infrequent they are.

In the QS Distance Online MBA Rankings 2017, 22 institutions cite an on-campus element to their programs, while 18 describe their program as being fully online – a relatively even split. The highest-ranking program described as fully online is that available at Thunderbird School of Global Management in the US – placing sixth overall this year. The top five programs all cite in-campus elements, in this edition of QS's online MBA rankings.

This article was originally published in May 2017 . It was last updated in April 2020