Where to Find MBA Programs in the QS Best Student Cities’ Top 5 | TopMBA.com

Inspired by the prospect of studying in one of the QS Best Student Cities? Here's a look at MBA programs on offer in each of those cities placing in the top five
Register for a QS World MBA Tour event and meet top business schools

The pinnacle of the QS Best Student Cities index retains a francophone feel this year as Montréal displaces Paris for the coveted top spot.

Quebec’s largest city and the second-most populous city in Canada (after Toronto) is one in which most residents possess a working knowledge of both French and English and has climbed to the top of the index from seventh place last year in the fifth annual edition of the QS Best Student Cities. Also moving in the right direction is London, which now stands in third place, and Seoul, which jumps from 10th position in 2016 to fourth this time round. Melbourne completes the top five of a city index which considers a range of factors that include affordability and employer activity as well as elements of a city’s desirability, such as those that relate to safety, pollution and corruption. (You can check out the methodology in full, here).

But where are the best MBA programs to be found in these cities? Drawing on the results of the QS Global 250 Business Schools Report 2017, here’s a look at each of the top five in turn: 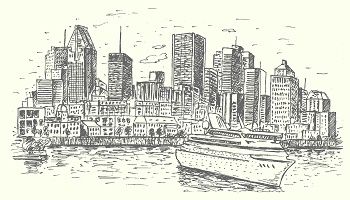 The MBA programs at McGill Desautels and HEC Montréal both rank among Canada’s top 10 for their international reputations in employability, while McGill Desautels is also a member of the Global 250 report’s highest, Global Elite, category, based on the strength of its research reputation in addition to its standing in the employability stakes. 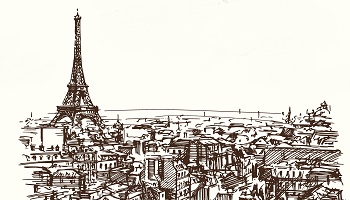 Paris has plenty to offer those in search of reputable full-time MBA programs. INSEAD, HEC Paris and ESSEC Business School are among Europe’s most established providers in this respect and all three stand alongside the world’s best for the strength of their global reputations in employability and research excellence.

INSEAD’s campus in France is in Fontainebleau, while HEC Paris’ is in Jouy-en-Josas, both of which are communes to the south of the center of Paris. Meanwhile, venturing to the city’s north and the commune of Cergy will bring you to ESSEC Business School’s main campus.

Paris is also the location from which the full-time MBA at NEOMA Business School is offered and the French base of a full-time program offered in partnership with institutions in the US and Brazil by IAE Sorbonne Graduate Business School. Both schools are further representatives of France in the Global 250 Business Schools Report 2017.

The UK’s capital city is home to London Business School, which currently sits at the helm of Europe’s top MBA programs in each of the QS Global Business Schools Report 2017’s two indicators – employability and research excellence.  But, of course, the options don’t end there.

Imperial College Business School and Cass Business School (part of City, University of London) both offer full-time MBA programs with international reputations strong enough to secure them spots in Europe’s top 20 for employability as well as the region’s top 20 for research excellence.

Further institutions primarily based in London and offering full-time MBAs featured in the Global 250 report include Kingston Business School, located to the city’s south-west, as well as Westminster Business School and the MBA program at Middlesex University. In addition, it’s worth noting that, though based in Egham, Surrey, there is an MBA available from a constituent college of the University of London at Royal Holloway School of Management.

South Korea’s capital and, indeed, the country as a whole has a single representative in the QS Global 250 Business Schools Report 2017.

However, the MBA program available from Seoul National University’s Graduate School of Business is a member of Asia-Pacific’s top 10 for the strength of its global research reputation. 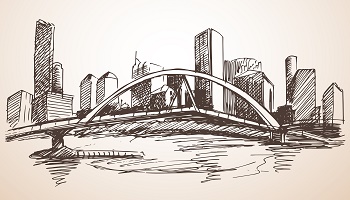 There’s a rich array of MBA programs on offer in the city of Melbourne, most notably at Melbourne Business School – one of two business schools in Australia to place inside the Global Elite category of institutions in the QS Global 250 Business Schools Report 2017. However, Australia’s second-most populous city is also home to a number of other reputable programs that feature in the report.

This article was originally published in February 2017 . It was last updated in March 2017