Who made the UK top 10 this year among international recruiters and business academics?
Find out more about studying for an MBA in the UK by attending one of our events

The UK remains second only to the US as the world’s most popular MBA study destination, and is home to 26 of the 65 business schools in Europe featured in the QS Global 200 Business Schools Report 2014/15 – that’s 40% of the region’s entrants, up from 32% this time last year.

The full report, available as a free download, features details of nine new entries from the UK this year. But, this article concerns itself with those most highly rated among the 12,000+ international recruiters and academics whose views are reflected in the report – namely, the top 10 business schools in the UK. 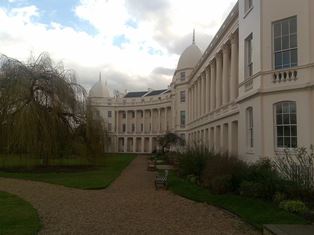 Retaining its position in first place among the 10 top business schools in the UK, London Business School has now also climbed above INSEAD to stand as Europe’s number one this year.

London Business School is the only UK school to pick up a perfect score in the survey of international recruiters from which 85% of the MBA rankings’ final standings are based. It also came about as near to a perfect score as possible in the second survey, of academics – no surprise when its faculty continue to scoop awards on a regular basis in areas as diverse as monetary macroeconomic and policy research, and marketing case studies.

It is the first of three schools in this year’s UK top 10 to be based in London – recently held to be the world’s most influential city by Forbes, ahead of New York and Tokyo - and its dedicated innovation institute is on hand to assist those looking to join the city’s vibrant startup scene. 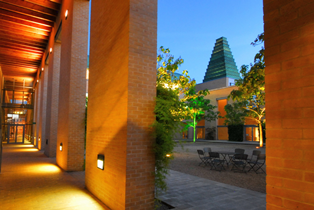 Sitting tight in second place, Saïd Business School achieved an academic score beaten only by London Business School and Cambridge Judge – something you might expect for the business school offspring of the prestigious Oxford University.

Perhaps less obvious is Saïd Business School’s standing among international recruiters. Along with London Business School, its employer score is comfortably higher this year than its competitors below – not bad going when its MBA program is still less than 20 years old. The school is up one place, to third, in Europe.

Speaking of the program, here on TopMBA.com you can read an interview with the school’s dean, Peter Tufano, on the Oxford 1+1 MBA which he calls “a blatant rip-off of the Rhodes Scholars program” – Oxford University’s renowned stream to support students of high potential.  As far as scholarships at Saïd Business School go, the school this year reached 10 years of offering funding dedicated to social entrepreneurs. 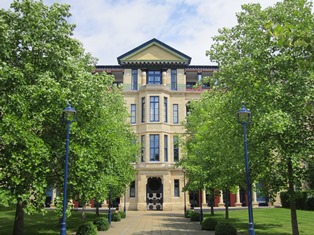 Holding on to third position is Cambridge Judge, posting a near perfect showing in the academic survey stakes that is very much in keeping with the regard in which the wider University of Cambridge is held when it comes to research. Indeed, the academic score is most likely the reason behind Cambridge Judge’s rise into the top 10 for Europe as whole this year, up from 13th last year.

The school’s current dean, Cristoph Loch, has tried to maximize Cambridge Judge’s support of the local tech-orientated entrepreneurship scene, lovingly referred to as Silicon Fen, by putting £200,000 (c.US$313k) into a startup accelerator for instance.  Read an interview with him here. 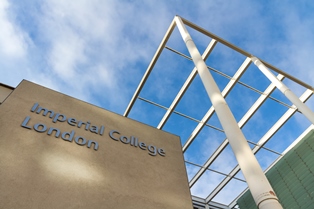 Rounding off an unchanged top 4 in this year’s top 10 business schools in the UK is Imperial College Business School.

Despite its lack of movement in the UK top 10, it’s been a busy year at Imperial College Business School. This fall, the school opened a new finance research center and gained faculty members from Wharton and NYU Stern to run it, with the goal of making it a leading force for European financial analysis. At the start of 2015, the London-based school will begin teaching its first intake for a new online MBA program which will replace the school’s distance learning program that saw its last intake back in 2012.

It will be interesting to see if these changes will see Imperial College Business School break into Europe’s top 10 MBA programs in the near future, with it currently lying in 11th for the region. 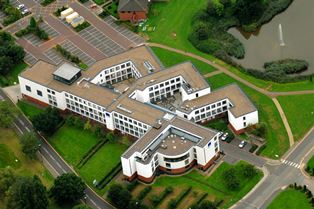 Moving up one place this year to join the UK business schools’ top five is Warwick Business School. A rise of seven places in Europe – from 20th to 13th position this year – is even more pronounced.

Although based at the internationally recognized University of Warwick in the town that bears the same name, the school has also taken up residency in London’s Shard building. On offer in the capital from next fall will be the school’s EMBA, with executive education as well as master’s programs  in finance and human resources set to feature as early as January 2015.

Warwick Business School boasts a strong reputation for its online MBA program, as can be seen in QS’s online MBA rankings. 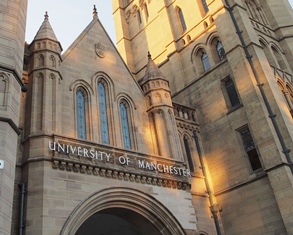 The rises of Warwick and Manchester Business School have caused Cranfield School of Management to drop two places to seventh in our list of the UK’s top 10 business schools this year. In addition, by holding on to 17th place in Europe, Cranfield is the only top 10 member not to move up in the European stakes this time round.

The school, which has been offering MBA programs since the 1960s from its Bedfordshire campus, forms part of the wholly postgraduate Cranfield University. As well as a full-time MBA and EMBA it offers a part-time MBA tailored to the military/defense community. 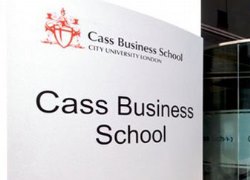 The third London-based entrant in our UK top 10 also enjoyed the biggest rise in the regional standings for Europe – halving its position by jumping from 44th to 22nd.

Cass Business School takes its name from Sir John Cass, a sheriff and MP (member of parliament) for the City of London in the early eighteenth century – after receiving funding from the educational foundation set up at his bequest. In 2016, the school will celebrate its 50th anniversary and, for the entrepreneurially-minded, the school has benefited from a £10 million (c. US$15.7m) entrepreneurship fund since 2010.

Although the University of Edinburgh Business School has risen six places in Europe this year, from 30th to 24th, it has fallen one place in the UK top 10 according to international recruiters and business academics.

The school remains the top 10’s sole Scottish representative, and forms part of the University of Edinburgh – which stands inside the top 20 worldwide in the QS World University Rankings® 2014/15. Edinburgh itself is a city ranked second only to London in the UK as a whole in this year’s best student cities rankings.

The full-time Edinburgh MBA has only been around since 1980 with a part-time MBA following four years later – however its precursor, a postgraduate diploma, can be traced back to the start of the 1960s.

Completing this year’s top 10 business schools in the UK is Henley Business School. Despite rising three places to hit 30th place in the regional MBA rankings for Europe, Henley is down one place to occupy the final UK top 10 slot this year.

The school, part of the University of Reading, is split across two campuses in Reading and Henley on Thames. As well as its full-time MBA, the school is well known for its MBA specialization in the field of music, one of the more unusual MBA specializations out there and enjoys a strong reputation for its online MBA program in this year’s QS rankings.

For a breakdown of GMAT averages and proportions of international students from each of these MBA program, as well as those from UK schools outside of the top 10 business schools in the UK, download the QS Global 200 Business Schools Report 2014/15 in full for free.