The first part of TopMBA.com’s series on soft skills considered the importance of managers being in possession of these traits and indeed, their value to the success of a business as a whole.

This second part digs deeper into the meaning behind four principal soft skills – communication, interpersonal skills, strategic thinking and leadership skills – and looks at how each of these play out in the senior management-level roles to which MBA students often aspire.

The value of strong communication skills to businesses around the world is seemingly limitless. Modern society attaches so much importance to how one engages with others through speech and the written word that it topped a Pew Research Center study in 2015. In a US sample, nine in every 10 adults selected communication from a list of 10 skills defined as being the “most important for children to get ahead in the world today,” putting it ahead of both reading and mathematics. The more educated the respondents, the greater the value they attributed to communication skills. 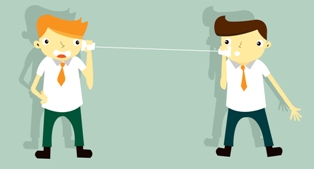 In business, a lack of communication – whether that it is verbal or written – can cause confusion and culminate in a waste of resources, as well as to contribute to an unhealthy workplace culture. However, communication skills are also relevant to how you present information, again, both on paper and through speech. After all, at management level, much of the art of persuasion rests in the way you come across when putting forward your progress and ideas to stakeholders.

Of course, there’s a good deal of overlap here with communication skills but interpersonal skills, by definition, channel the focus on how you conduct yourself with others. This includes, but is not limited to, the underlying essence of teamwork.

How you come across in your daily encounters with others is vital regardless of the industry you choose; working effectively as a team will always inform the success of any but the most individual of projects, and even then, your work will ultimately lead you to interact with its related stakeholders.

The importance of your approach to these interactions by no means declines as your position within an organization rises. It’s years since reaching c-suite status allowed an executive to shut themselves off from the rest of a company to focus on the finer points of its lasting success and still be considered an effective leader. Visibility and active interaction with all components of a company has been known to work wonders for workplace culture, employee loyalty and enthusiasm, for example.

In addition, we might consider placing some important sub-strands of soft skills under the bracket of interpersonal skills. Negotiating skills, for instance, are also a soft skill – how you go about thrashing out a deal with external clients or ensuring that internal team members are won over to a new strategy, product or service revolves around your skills in talking to and coming across well with a diverse array of people.

Understanding where the views and perspectives of others originate and anticipating how they might react and feel to company developments is integral here. Essentially, this is a measure of a person’s level of empathy – an important character quality in itself, but one that can make a huge difference when it informs your interpersonal skills effectively.

For the MBA aspirants out there, the concept of leadership is one you’re bound to hear a whole lot more about when pitching up at any of the world’s leading business schools. Advancing to senior management positions necessitates taking charge of teams and a person’s success in this regard will rest largely on their leadership skills.

As a Forbes report noted in 2014; “building a team is easy – hire a ‘resource’, give them a few tasks and set them loose. Leading a team is hard – you need to motivate, inspire and coach every team member to succeed.”

There is not one style of effective leadership, but many and, ultimately, a leader’s style will owe much to their personality, philosophy and experience. A few common words used to describe styles that inform highly-regarded leaders include: visionary, action, change-based, ethical and inspirational. 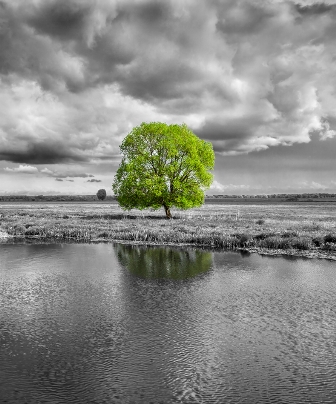 What you don’t want to hear, however, are words reserved for ineffective leadership styles. Word such as ‘bivalent’, which INSEAD professor Manfred Kets de Vries has described as representing a leader who see things only in black and white terms, labeling everything and everyone as either ‘good’ or ‘bad’ with no in-between. A judgmental style such as this tends to cause conflict in the workplace and can even undermine the technical abilities held by the manager in question:

“Black and white thinking can damage relationship building and make it more difficult for them to compromise and cooperate with others in the pursuit of common interests,” Kets de Vries argued in a post for INSEAD Knowledge this year.

Even pioneering leaders with the strongest international reputations have had their leadership skills questioned. Steve Jobs has been described as rude and antisocial with a penchant for parking in handicapped spaces. Elon Musk’s insistence on doing things his way alone, calling himself a ‘nano-manager’ in the process, on the other hand, has led Rick Wartzman, executive director of the Drucker Institute at Claremont Graduate University to implore others not to manage like him, in spite of his great success.

In this light, you can see how leadership skills owe much to the way in which a person channels communication and interpersonal skills into their approach to helming a company, but this makes them all the more vital to those whose professional ambitions know no bounds. In a sense, exceptional leaders are getting away with it because they are, well, geniuses. You might not be so lucky.

Strategic thinking may be hard to define specifically but, in the context of business management, it is often equated to the decision-making process by which leaders map out a strategy and a path along which an organization will find lasting success.

Other individual qualities that one may find linked to the concept of strategic thinking include critical thinking and decision logic. Logic’s place in strategic thinking is the subject of Strategic Logic (2003), a book written by J. Carlos Jarillo, a graduate of Harvard Business School and former professor at IMD. It speaks of the underlying logic behind sustaining a company’s profitability over the long term, arguing that a logical approach can often help in deciding whether or not to pursue a particular strategy.

A cornerstone for the renowned Blue Ocean Strategy is the concept of value innovation, itself something that the book’s INSEAD authors defined as a form of strategic logic. Here, the logic lies in the strategic direction being taken by an organization’s leaders and how they implement innovation. For this reason, we might also include what are often referred to as ‘change management’ skills in the same breath as a person’s strategic thinking qualities.

Hopefully, these four strands of soft skills will have become clearer over the course of this article, but the question now is whether MBA students can be taught these soft skills? This is the subject of the third article in this series.

This article was originally published in December 2015 . It was last updated in July 2019