The end of the school year is drawing near for many MBAs in the US who have long been anticipating their graduation day after months of hard work in and outside the classroom. As is customary at many US business schools, business world luminaries – often MBA alumni – are invited to give a commencement address before graduates set off with MBA degrees in hand - an accolade they hope will help them triumph in the business battlefield.

Columbia Business School alumna Shelly Lazarus (MBA ’70) was the first woman to receive both her alma mater’s Distinguished Leader in Business Award and a lifetime achievement award from the Advertising Educational Foundation (in 2009). Her name has repeatedly donned Fortune’s annual ‘50 Most Powerful Women in Business’ list for her spearheading work in advertising and executive leadership.

Lazarus’ initial motivation for pursuing an MBA reveals the career challenges she faced as a woman in the 1970s: “I needed a job and I heard that if a woman had an MBA they probably wouldn’t make her type, which is what you had to do starting out in the commercial world at the time if you were a woman.” While there were not enough women pursuing MBA degrees then to test her theory (Lazarus was one of only four women in her graduating class at Columbia), her hypothesis proved right. Fortunately, much has changed since the 70s, with women now making up about half of MBA applicants, as reported in last year’s QS Applicant Survey). Lazarus shared the benefits of an MBA at CBS’s commencement this year, adding thanks to her alma mater for taking a chance on her - a woman with little business background but lots of potential - and for “exposing her to subjects [she] knew nothing about.”

Working in an industry dominated by men worked in Lazarus’s favor. Lazarus became a voice of female consumers in planning meetings, eventually moving her up the ranks at Ogilvy & Mather - one of today’s top ten largest ad agencies in the world - where she eventually served as CEO between 1996 and 2008. Under Lazarus’ tutelage, the agency produced a number of record-breaking campaigns, including Unilever’s 2006 ‘Dove Campaign for Real Beauty’ concept that innovatively applied a mission-driven (rather than a brand essence-driven) advertising strategy with a goal to empower women. Last year, Lazarus was inducted into the American Advertising Federation (AAF)’s hall of fame and has received similar accolades from the Direct Marketing Association, American Marketing Association, and Crain’s New York Business.

Beth Brooke-Marciniak, global vice chair of public policy at EY (formerly Ernst & Young)and responsible for the firm’s operations in 155 countries, took the stage last month at Babson College for a commencement address, in which she called this year’s graduates ‘global diplomats’. She said that diplomacy has been the key to unlocking her leadership potential and is a trait which comes with seeing compromise as a strength, listening more than talking and being courageously authentic in who you are. The latter point, for Brooke-Marciniak, meant coming out of the closet two decades into her career to become one of the most senior openly gay business executives in the world. Given that soft skills – namely, leadership, communication and interpersonal skills - are something MBAs most need to work on, according to a 2015/16 QS report into jobs and salary trends, it would appear wise to heed this advice.

An eight-time member ofForbes’ list of the ‘World's 100 Most Powerful Women’, Brooke-Marciniak says she is using her leadership platform to make impact in the world, particularly through advocacy for the advancement of women. She served on the US Delegation to the 53rd and 54th sessions of the United Nations Commission on the Status of Women (UNCSW) and is the global sponsor for EY’s efforts with regards to diversity and inclusiveness.

This year’s commencement speaker at MIT Sloan School of Management, one of the top schools in North America for its volume of MBA graduate entrepreneurs, comes from serial entrepreneur and active angel investor, Jean Hammond. In her 30-year career, Hammond has founded and helped numerous firms in the startup world, particularly in education technology, having cofounded accelerator LearnLaunch and helped fund a number of edtech companies, such as SmartLunches, Testive and Ten Marks. Hammond is also a huge supporter of women in tech, as seen in her work as a founder of the Boston branch of venture capital firm, Golden Seeds, many of whose investments support businesses managed by women. She is also known for being Zipcar’s very first investor (a car-sharing company founded by two women) – before she even knew what angel investing was!

With greater maturation of innovative technologies, the market for entrepreneurial skills in business has arguably never been higher. The tech sector has been drawn negative attention for its inadequate female representation, yet women around the world are narrowing the gender gap in entrepreneurship, particularly through early-stage startups.

Of course, another factor driving gender parity in business is education, in which Hammond is a major believer. In an interview earlier this year, she told First Republic Bank, “I hope that education can become an even greater part of helping women and girls worldwide achieve their ambitions.” We wonder what else she’ll have to say on this at today’s commencement ceremonies at her alma mater, MIT Sloan, where she has been deeply involved as a mentor to budding entrepreneurs.

Hear from other business leaders about the benefits of an MBA

This article was originally published in June 2016 . It was last updated in July 2019 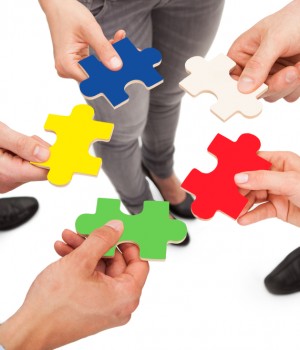 An Indian student’s guide to studying an MBA abroad

An Indian student’s guide to studying an MBA abroad